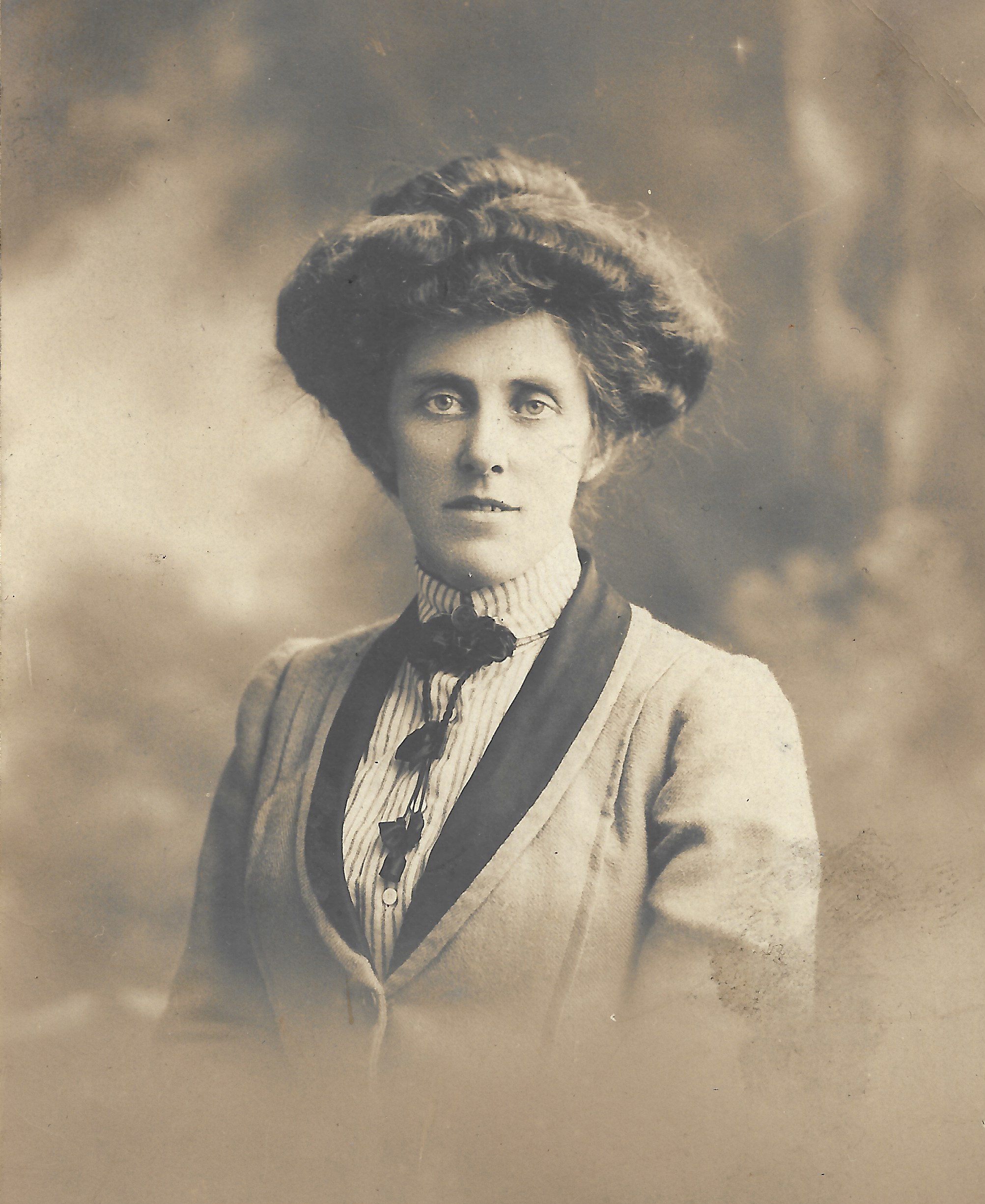 Magdalen O'Hegarty moved to Cork City as a young woman and was heavily involved in the pre-1916 separatist movement in Cork.  There’s a letter from Tom Clarke to her in the National Museum.

In 1914, she and Mary MacSwiney co-founded Cumann na mBan in Cork city; she was one of the top leaders in the city.  In 1917, while briefly living in Ballingeary she was jailed for collecting for a republican fund without a permit.  She refused to pay the fine and served 7 days at Cork Women’s Prison. She briefly went on hunger strike before her release.

After the Revolution, she remained active in the Cork Women’s Industrial Development Association.  She lived on Rocklawn Terrace, Douglas Road, for the last 20 years of her life.  She died in 1940 and was given an Old IRA and Cumann na mBan colour guard at her funeral.