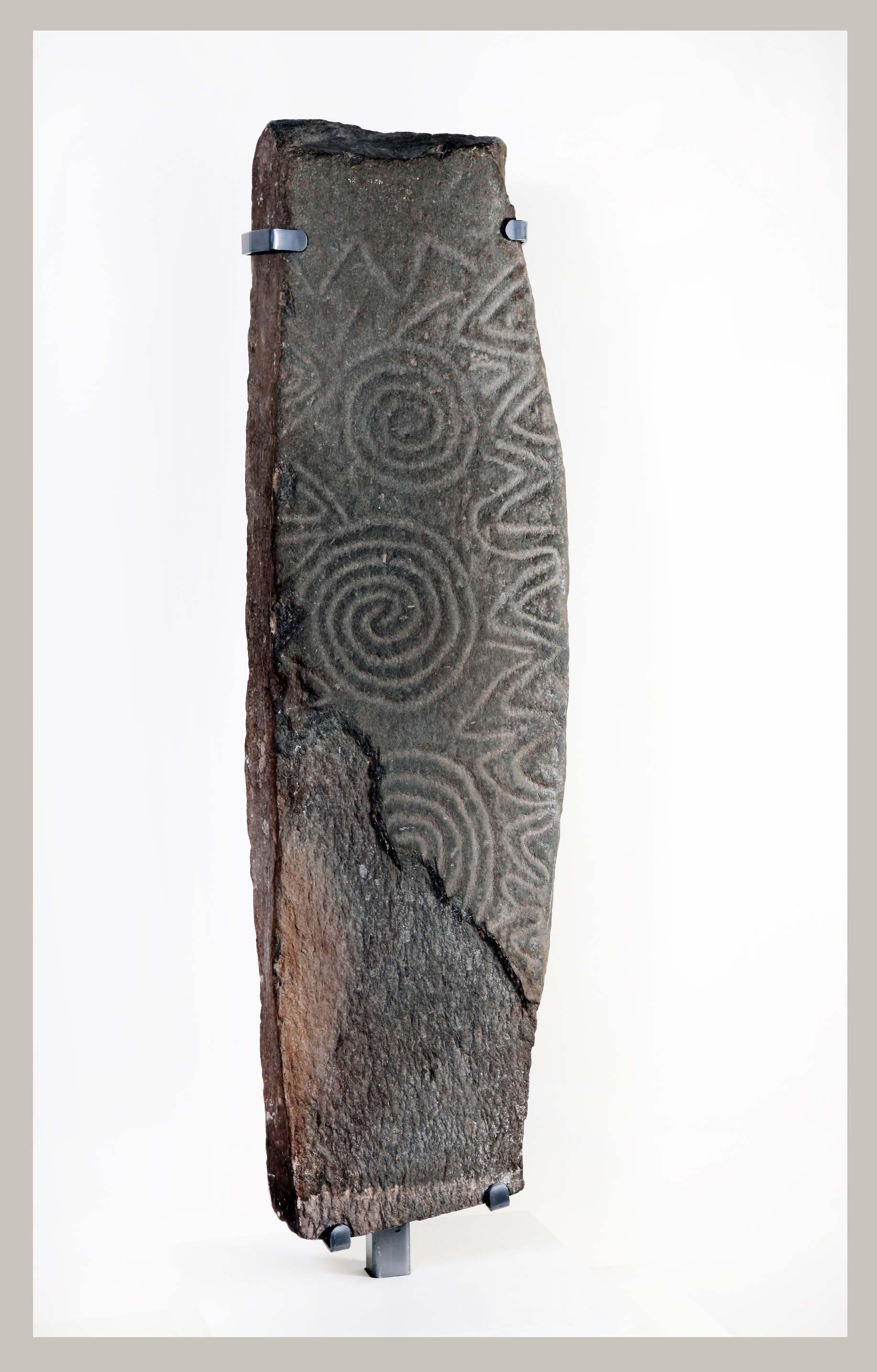 This beautiful stone, ornamented with prehistoric art, comes from Oilean Cleire (Cape Clear Island), Co. Cork. The stone is not only interesting for its prehistoric significance, but also for its recent history. It is a large, prolonged, rectangular shape with a smooth surface. Its layered nature resulted in the top layer to be separated through time, but most of the decoration, comprising spirals and zig-zags, survives.

The stone is decorated with megalithic art, which is almost exclusively found on the Neolithis period Passage Tombs. The Neolithic spanned a long period in Ireland, from around 4000 to around 2000 BC, and the period is best known for its megalithic tombs, including the passage tombs. These comprise mounds covering stone-built central chambers, approached by a narrow passageway, and were burial places. They were usually built on hilltops.

The Cape Clear stone is decorated in the style of passage tomb art. The art is carved in the Fourknocks Style, a coherent design covering one surface in full. The stone depicts running spirals that are framed by parallel zigzag lines. Megalithic art is mainly found in the north and east of the country, so the stone found on Cape Clear is an exception and indicates the possible presence of a passage tomb on the island.

The stone was found in the nineteenth century and removed by Revd John O’Leary to his garden on Sherkin Island. He moved away in 1881, leaving the stone to be rediscovered in 1945, when it was transferred to University College Cork and, later, to Cork Public Museum. In 1984 archaeologists discovered traces of a prehistoric construction, with a chamber and possible passageway, on top of Quarantine Hill, on Cape Clear. Archaeologists believe the site to be the remains of a passage tomb and the likely original location of the Cape Clear stone. 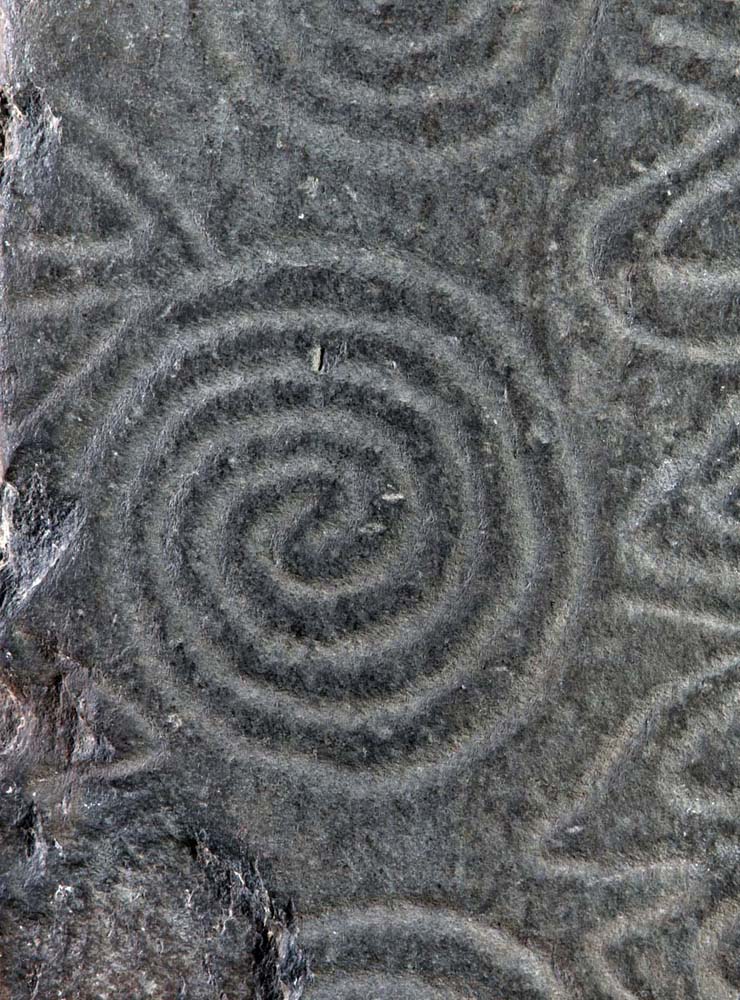