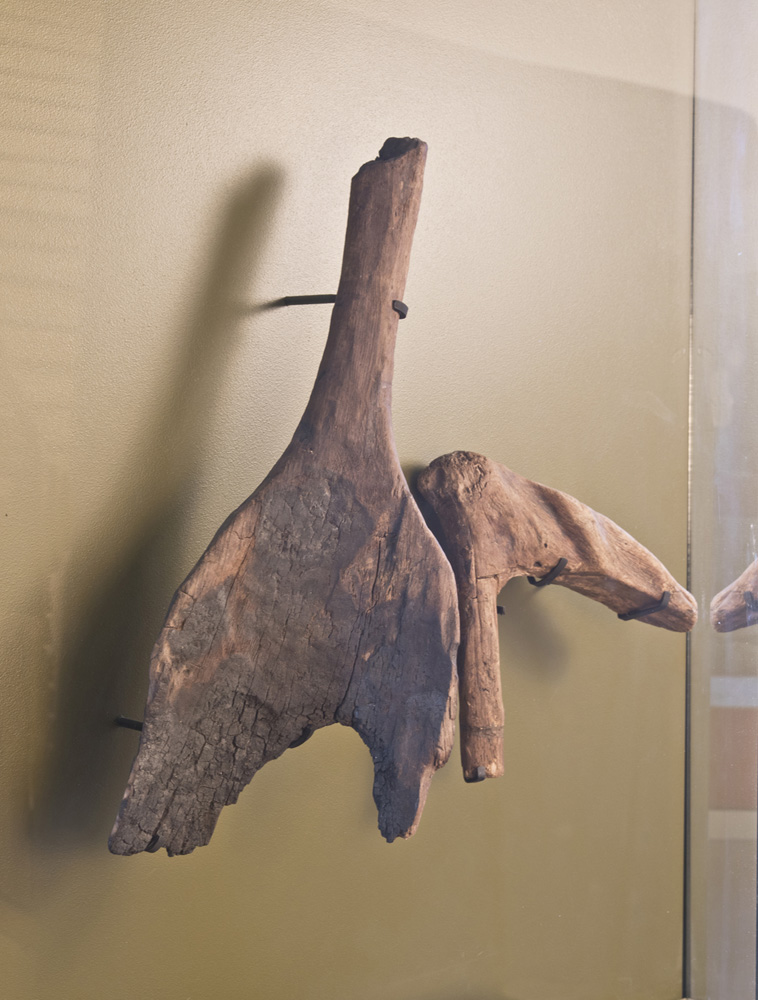 Mount Gabriel, on the Mizen Peninsula of West Cork, boasts a collection of early bronze age copper mines. These are recognised as one of the earliest examples of copper mining in north-west Europe and they share similar tools and techniques with copper mines in Austria. Several excavations were carried out here during the 1980’s which allowed archaeologists to date the mines main period of use to the period between c. 1700 – 1500 BC.

This short-handled alder shovel is an excellent example of worked wood dating to the early bronze age. It is well preserved, with only minor damage caused at its working end. Parts of the shovel are charred, suggesting that it was used for fuel after its functional lifespan ended.

Shovels were used in the Mount Gabriel mines for shovelling debris into containers. They were extremely useful due to the large quantity of rock debris that was created as a result of the fire-setting technique that was used to extract copper. The shovels are seen as an adaptation of the ox-scapula scoops that were used in Neolithic flint mines. While there were several shovels identified at Mount Gabriel, this one has been chosen for display due to its impeccable preservation. While it can be difficult to understand our prehistoric ancestors without written sources, these artefacts provide archaeologists with a key insight into how these early miners organised their work. 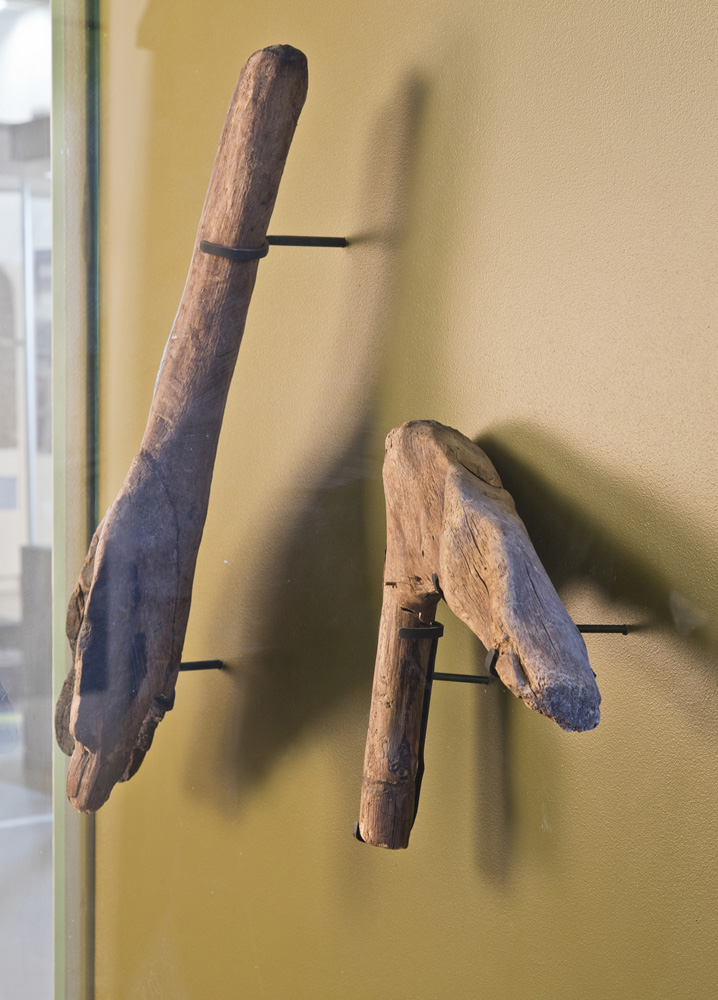 The pick is an unusual find. Based on its appearance, such as the deliberate pointing and wedge, the artefact has been interpreted as a pick though evidence for bruising on its butt-end suggests that it was also used as a mallet when needed. The form of the pick shows similar traits to Neolithic mine picks made from bone and antler that were commonly used in Europe.

The pick would have been used during the process of fire-setting, a Bronze Age technique of heating a rock face with fire and throwing water at the heated face which causes the face to shatter. Following this, the pick was used to prise out the copper ore. The preservation of the object is impressive considering its heavy duty, and this suggests that it may have been used only for a short period of time before it was discarded.