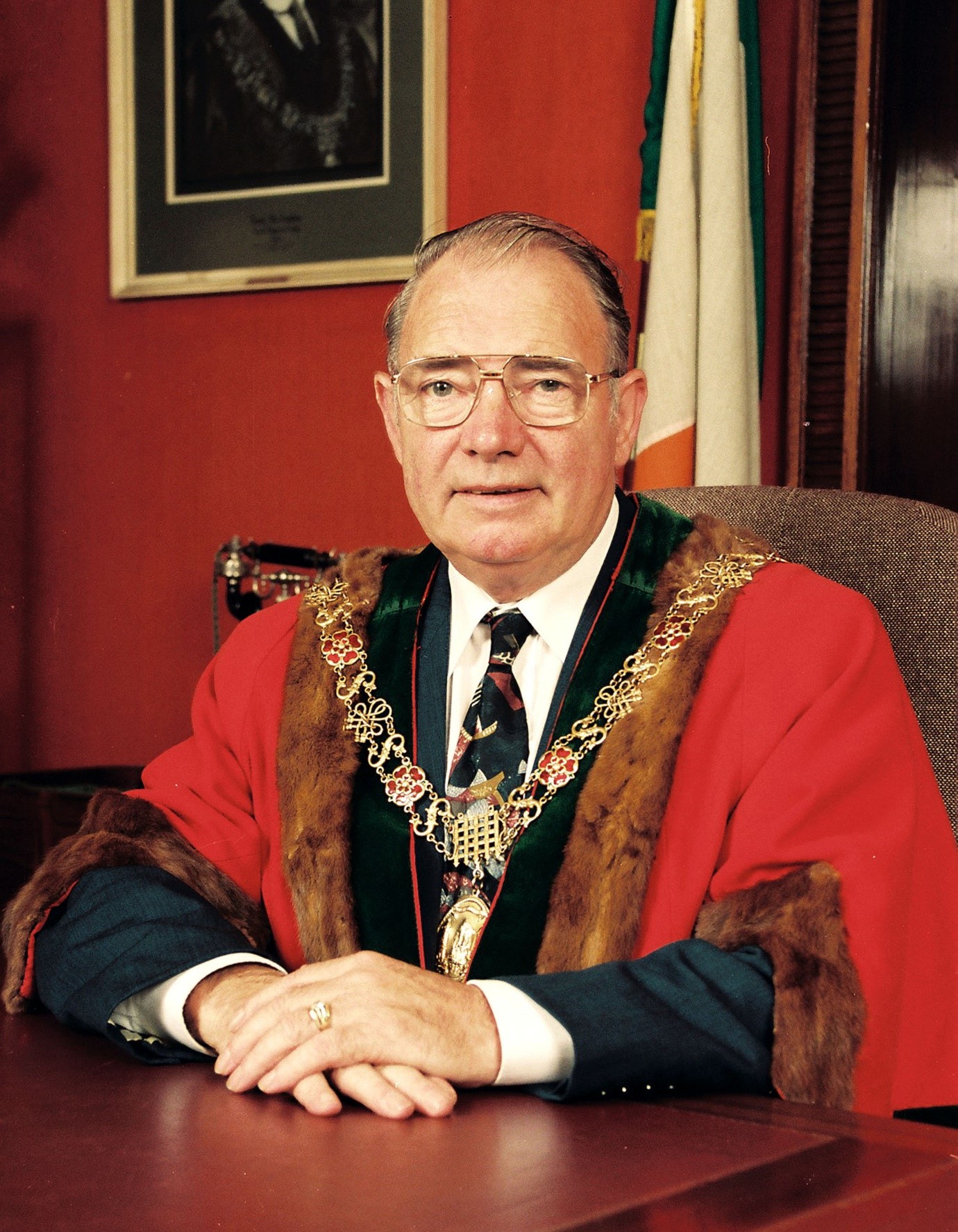 The Lord Mayor, Cllr Joe Kavanagh has extended condolences to to the family of Mr. Tim Falvey, who died overnight.  Mr. Falvey served as Lord Mayor of Cork from 1994 to 1995.

“I’m greatly saddened to hear of Tim’s passing. Tim was a successful Northside business man and will be remembered for his deep love of his native city, his dedication to his wife Bina and family and his commitment and loyalty to his community.

Tim is now reunited with Bina, who passed away just a short five months ago.

On my own behalf, on behalf of my fellow and former City Councillors and on behalf of the staff of Cork City Council I would like to express my sympathy and condolences to his family at this sad time.”

Cork City Council will open an online Book Of Condolences at 10.00 a.m. on Monday at www.corkcity.ie.

The National Flag will fly at half-mast at City Hall until the funeral takes place, at which Lord Mayor Kavanagh and Chief Executive, Ann Doherty, will represent Cork City Council.