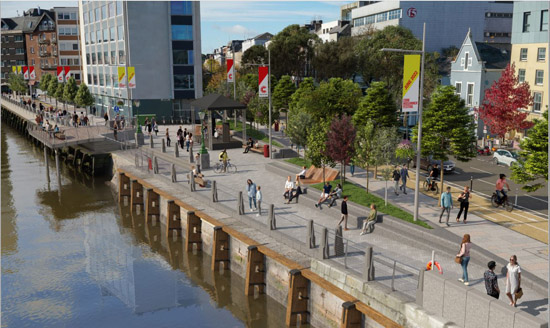 The pre-qualification tender documents seek to form a panel of contractors who will be invited to tender for the works later in the year and could see construction of the long-delayed scheme, which is designed to protect the city centre from the regular flooding from which it suffers, commence in the autumn.

The scheme has gone through full public consultation, review, approval by Council and an unequivocal An Bord Pleanála planning decision in its favour.  In Judicial Review proceedings brought last year, the High Court found no basis existed to stop the scheme from proceeding. In a subsequent further judgement, formalised by order last week, the High Court refused leave to appeal the judgement. 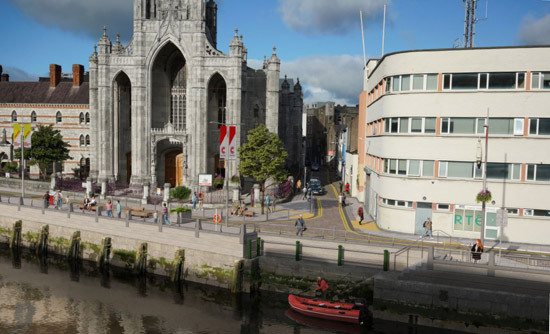 Cork City Council chief executive, Ann Doherty, welcomed the two High Court judgements:”This is a critical infrastructural project which has arisen from a decision of a democratically elected Council, has met all planning requirements and undergone a full judicial review process”.

“The city centre has been seriously flooded on multiple occasions throughout the years causing severe damage to uninsured businesses and risk and distress to their owners and to residents. Cork City Council has an obligation to protect the city and the livelihoods and safety of those who work there. This responsibility is all the more onerous given the impact of the pandemic on business life.”

“The Morrison's Island Scheme will end the use of the riverside as a giant car park. It will create a three-metre-wide quayside promenade and enable visitors and residents to enjoy this city centre area. The proposals provide an opportunity for broader revitalisation and regeneration of the whole area”, Ms Doherty said.

The Minister with responsibility for the Office of Public Works (OPW), Patrick O’Donovan, T.D., said:

“I very much welcome the commencement of the procurement process for construction of this project which, when completed, will contribute towards defending the community and businesses in a significant area of Cork city centre from tidal flooding. Projects such as Morrison's Island show the OPW’s and the Government’s commitment to providing local authorities with the necessary funding to undertake very important local flood relief works. The OPW funding for the Morrison’s Island project forms part of the overall allocation of €1.3 billion under the renewed National Development Plan, underpinning the Government’s strategy of major investment in flood relief works over the period of the NDP to 2030.”