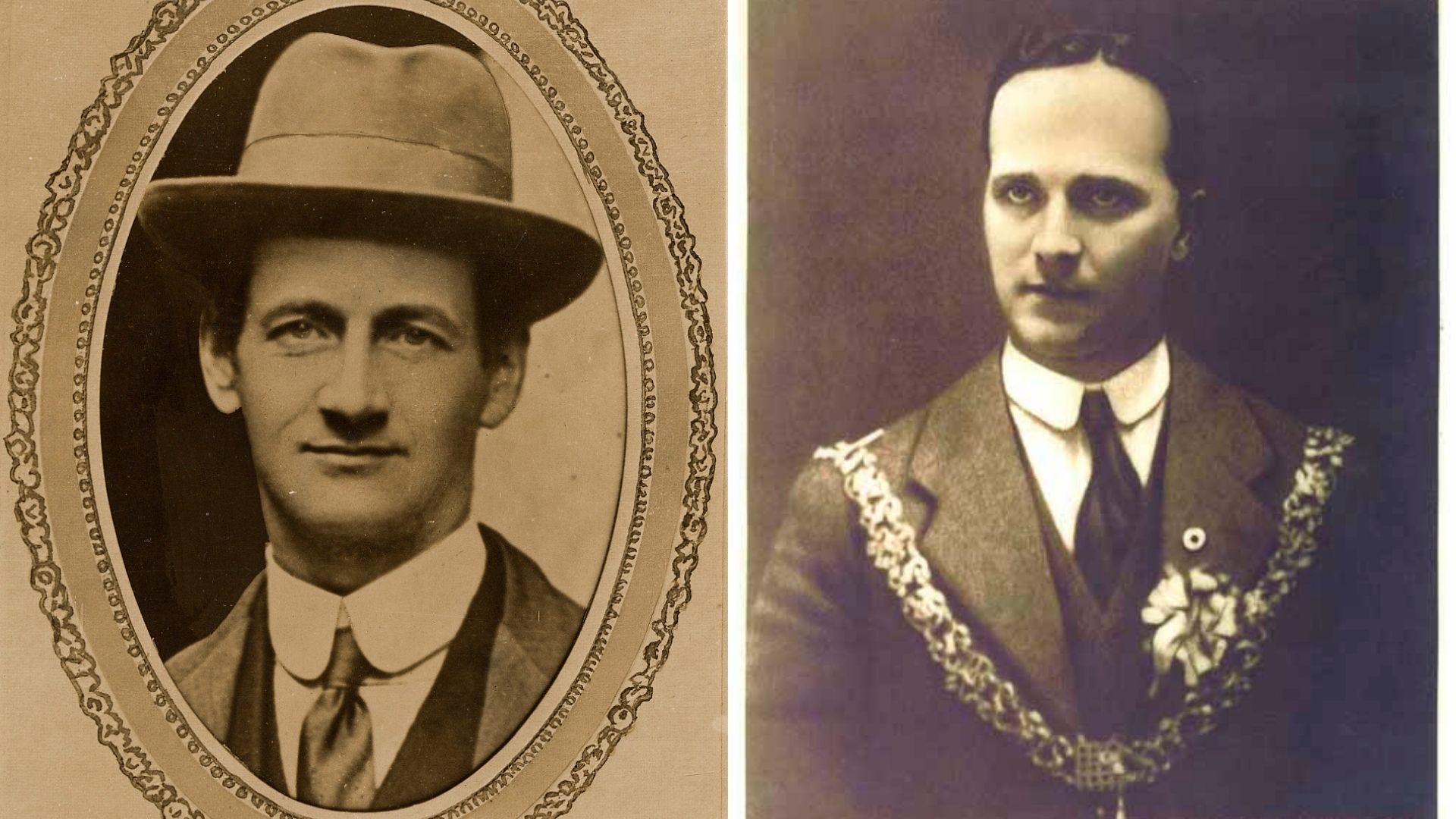 On Friday 11th June, 2021 at 3.00 p.m. the Lord Mayor of Cork, Cllr. Joe Kavanagh, will host a Special Ceremony online to add the names of Tomás Mac Curtain and Terence MacSwiney to the Roll of Honorary Citizens of Cork City.

Due to COVID-19 restrictions, a traditional special ceremony in City Hall could not take place, so the ceremony will be broadcast at 3.00 p.m. on Cork City Council’s YouTube channel.

On the 12th October, 2020 on the proposal of the Lord Mayor of Cork Cllr. Joe Kavanagh, with unanimous support of An Chomhairle, it was approved to add the names of Tomás MacCurtain and Terence MacSwiney to the Roll of Honorary Citizens of Cork City.

The Lord Mayor said: “I wish to acknowledge and commend my fellow Elected Members for their unanimous support at our meeting of An Chomhairle of 12th October, 2020 to add both patriot Lords Mayor to the Roll of Honorary Citizens of Cork City.  I am privileged as Lord Mayor of Cork, being a successor in office to both Tomás and Terence, who both gave their lives for Cork and Ireland, to a cause they believed in. In my role as Lord Mayor of Cork, one of the elements that impressed me most over the past 12 months, was the interest and pride that the people of Cork have in the legacy of former Lord Mayor MacCurtain and Lord Mayor MacSwiney.   It is appropriate that we enshrine the principles and values of the men and women who played their part in the events of that era and reflect the pride in Cork and its people and the roles they played in the events of the commemoration period.”