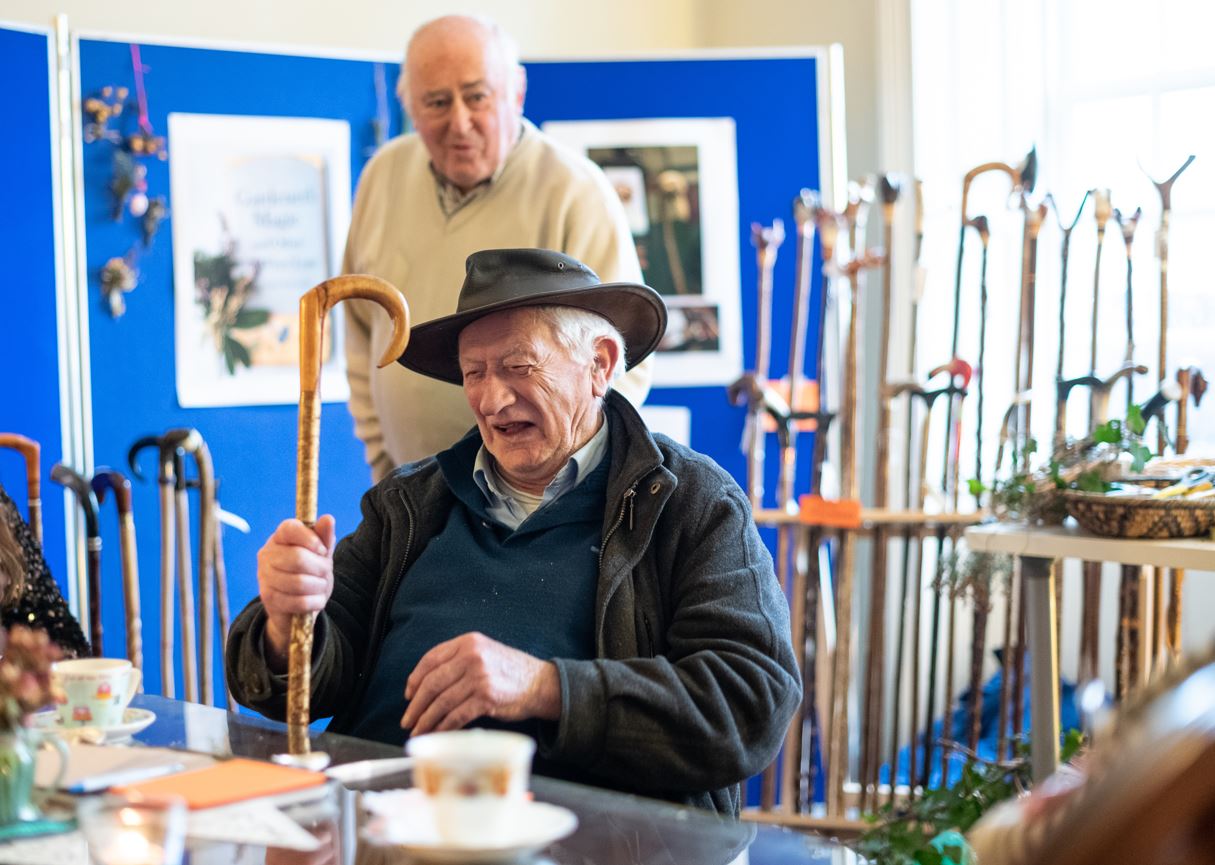 What Next? tells the story of four artists who worked with older people on a project that broke the mould. Artist Colette Lewis and Cobh resident Kevin Jones collaborated to revive knitting techniques used by fishermen to make and mend their own fishing nets. Their story and the stories of three other artists and members of the community will be told through the Arts and Ageing Podcast series. The podcast will be followed by other offerings in the What Next? Programme, including Arts and Ageing Workshops and Arts and Ageing e-Publication, both providing a toolkit for those working with older people. All of these resources reflect on real life projects that go beyond the normal templates for working with older people.

Dancer and choreographer Helga Deasy and musician and choir leader Susan McManamon worked with MusicAlive on two artist residencies at Nazareth House, a nursing home in Mallow, and at Mayfield Men’s Shed. Visual artist Marie Brett worked with Cork Midsummer Festival on a project called Cultural Lore – the idea was that knowledge can be lost from our collective consciousness as technological advances replace more traditional manual methods. Working with SIRIUS in Cobh, the focus of visual artist Colette Lewis’s enquiry was to consider ways of connecting with older people that are more accessible and innovative within a regional context.

‘What Next?’ was a question posed by arts and culture consultant Terre Duffy in the publication that accompanied Creative Enquiry – Arts and Older People. “This was not the first ambitious project with a solid oversight partnership, curious host organisations, skilled and experienced artists, utilising a tried and tested person-centred collaborative model for engagement with older people. However, what this Creative Enquiry has demonstrated yet again is the value of engagement with the arts for older people. Unless there is commitment to deliver on the recommendations and learnings, there is a risk of this becoming another great case study for another great enquiry in a few more years.” What Next? answers this call and provides practical outcomes that go beyond presenting case studies.

As part of What Next?, an Arts and Ageing Podcast produced by journalist Ellie O’Byrne will be released on Monday 4 October, kicking off with two episodes, Local Know-How with Colette Lewis, parts one and two, including Kevin Jones' contributions as an ex-fisherman from Cobh. This will be followed by Cultural Lore with Marie Brett, part one on 11 October and part two on 18 October. The final episodes will include Freedom to Fly with Helga Deasy and Susan McManamon part one on Monday 1 November, part two on 8 November, and part three on 15 November. The final concluding episode to be released on 21 November will feature a critical reflection by Ellie.

Finally in December the Arts and Ageing e-Publication will be published. This digital publication will be freely available and will include a summary of learnings and findings as well as recommendations. Further details to be announced at a later date.