Links to help you enjoy Cork City during the Festival

View or print our brochure of Festival events HERE 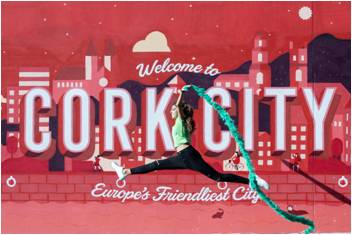 Whether you only have a few hours or want to spend days exploring Cork, here are some suggestions for a half-day, full day or 2 day visit to Cork.

A Half-Day Trip to Cork 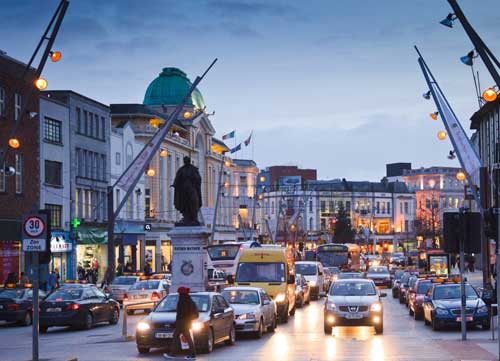 If you have only half a day in Cork, it is advisable to spend your time discovering the centre of Cork.

Start at St Finbarre’s Cathedral which according to tradition is where St Finbarr founded Cork in the 7th Century. From the Cathedral make your way down Barrack’s Street, passing the Elizabeth Fort, which played a major role in the Siege of Cork in 1690 and is now home to a Garda (Police) Station in Cork. At the bottom of Barrack’s Street, cross the road and walk along the South Gate Bridge which marks the beginning of Medieval Cork.  Stop and admire the beautiful Beamish and Crawford Building, where beer has been brewed in Cork for centuries before turning up Tuckey Street and onto the Grand Parade.

Enter the English Market at its Grand Parade entrance and wander around the market enjoying the aroma and colour of the food on display. Have a coffee in one of its quirky cafes or if you want lunch, head upstairs to the Farmgate Restaurant.

From the English Market make your way to the Crawford Art Gallery which is located next to the Cork Opera House on Emmet Place, just off Patrick’s Street. Here you will enjoy excellent exhibitions of Irish art.

For the best views of Cork head to St Anne’s Church in Shandon which is only 5 minutes walk from the Crawford Art Gallery. Climb the stairs of the church and be amazed at the views of the city. On your way down, ring the bells of Shandon and your song will be heard all over Cork.

No trip to Cork would be complete without going shopping. Finish your trip by wandering up the main shopping streets on Patrick’s Street and Oliver Plunkett Street before ending your day with a coffee in one of the numerous cafes which can be found around the centre of Cork. Like in several European cities, Corkonians have a word for strolling the main street - in Paris it's 'Flâneur', in Cork it's 'Doing Pana'.

A Full Day in Cork

First stop University College Cork (UCC) which is located on College Road. Founded in 1845, UCC is one of the oldest institutes of learning in Ireland and was first established as Queen’s College. The UCC Campus is famous for its mature wooded grounds and contains several Californian Trees. UCC now runs tours of their Arboretum - see their website. These form a splendid setting for the Gothic revival-style main quadrangle buildings, modelled on a typical Oxford college by the renowned Cork architect of the mid century- Sir Thomas Deane.

While on campus, visit the Glucksman Art Gallery which is Cork’s newest contemporary art museum. Clad in Carlow limestone and Cedar boarding, the buildings architecture succeeds in blending in with the national environment of the river bank. Follow the road from UCC to St Finbarre's Cathedral and be mesmerised by the size of the Gothic Protestant Cathedral which tradition says is where St Finbarr founded Cork in the 7th Century.

From the Cathedral make your way down Barrack’s Street to explore Elizabeth Fort, which played a major role in the Siege of Cork in 1690 and is now a tourist attraction with incredible views. At the bottom of Barrack’s Street cross the road and walk along the South Gate Bridge which marks the beginning of Medieval Cork.  Stop and admire the beautiful Beamish and Crawford Building, where beer has been brewed in Cork for centuries before turning up Tuckey Street and onto the Grand Parade.

Enter the English Market at its Grand Parade entrance and wander around the market enjoying the aroma and colour of the food on display. Have a coffee in one of its quirky cafes or if you want lunch head upstairs to the Farmgate Restaurant.

Walk around the centre of the city admiring its numerous shops and cafes before heading to the Coal Quay Market. Cross the River Lee and tackle one of Cork's famous hills to gaze at Shandon Steeple, one of the landmarks of Cork city, with each of its four sides bearing a clock face. At St Anne’s Church, ring its famous bells and admire excellent views of the city from an open parapet near the top of the tower.

Still in Shandon, visit the Cork Butter Museum which tells the story of the internationally important Butter Exchange in 19th Century Cork, the traditional craft of home butter making and the modern success of the Kerrygold brand.

From Shandon head to the historic Cork Gaol (Jail) which is located in Sunday’s Well. It may be advisable to get a taxi or a bus as the walk is all uphill. Cork Gaol is really well preserved and you get a great insight into life in Cork in the 19th and 20th century both inside and outside the prison walls.

Round the day off by relaxing in the beautiful Fitzgerald’s Park which is located five minutes walk from the Cork Gaol.  The number 208 bus passes near the park and will take you back into the centre of the city.

Day 2: Head to Kinsale, Cobh or Blarney, all located near Cork City.

An ancient seaside town, Kinsale is one of the most picturesque and popular resorts in the South West of Ireland. With its yacht filled harbour, brightly painted cottages and lovely hanging baskets, Kinsale marks the beginning of scenic West Cork. In 1601, Kinsale was the scene of a famous battle which was a turning point in Irish history. It was here that English troops defeated a mixed Irish-Spanish force.

The best way to experience the charm of Kinsale is to stroll along the town’s winding waterfront streets and to sample the delights of Ireland’s culinary capital. Make sure to visit Charles Fort which played a prominent role in the Battle of Kinsale in 1601. The 40ft walls of Charles Fort date from 1677 and are a classical example of a star shaped fort.

Kinsale can be easily reached by car or bus.

Cobh is a picturesque town full of memories as it was the main departure point in the 19th and 20th century for Irish emigrants to America. From here hundreds of thousands of mostly hungry and penniless Irish men and women left Ireland to build a new life in the United States especially in the Famine years of 1844-48.

Visit the Queenstown Story Museum which gives an excellent insight into emigration from Cobh during the famine in 1845 up to the era of the great liners in the 1950’s. You will have the opportunity to learn about the fateful last journey of the Titanic and the Lusitania.

The best way to experience the charm of Cobh is to meander through its cobblestone streets admiring the impressive St Coleman’s Cathedral which towers over the town and has a carillon of 47 bells.

Unwind and relax and sample the culinary delights of the town that was the last port of call of the Titanic’s maiden voyage.

Cobh can be easily reached by car or train.

Attracting visitors from all over the world, Blarney Castle is situated 8km from Cork city. The magnificent keep with walls 85ft high and 12ft thick at the base was built in 1446 by Cormac McCarthy, King of Munster and withstood many sieges in the 16th and 17th century. Blarney Castle is the mecca of first time visitors to Ireland as it is home to the legendary Blarney Stone.

Tradition holds that those who kiss the Blarney Stone will be endowed with the gift of eloquence or “the gift of the gab” as locals call it. Enjoy the castle and stroll around its picturesque grounds which legend states are of Druid origin and were a centre of worship in Christian times.

No trip to Blarney is complete without a visit to the famous Blarney Woollen Mills, one of Ireland’s best-stocked Irish Handicrafts shop. The 30, 000 sq foot retail store which is housed in one of Ireland’s oldest and most authentic woollen mills contains an excellent range of Irish gifts such as Blarney Waterford Crystal, Belleek China, Aran Sweaters, Irish Crystal and Irish Jewellery. Following Blarney Woollen Mills enjoy a relaxing meal in Blarney before to returning to Cork city.

Blarney can be easily reached by car or bus. 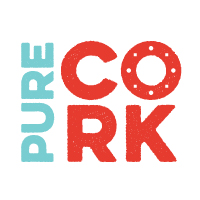 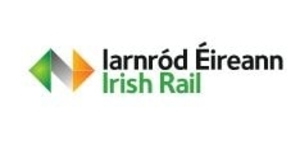 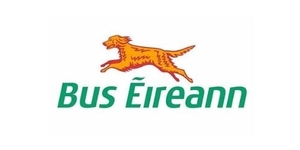