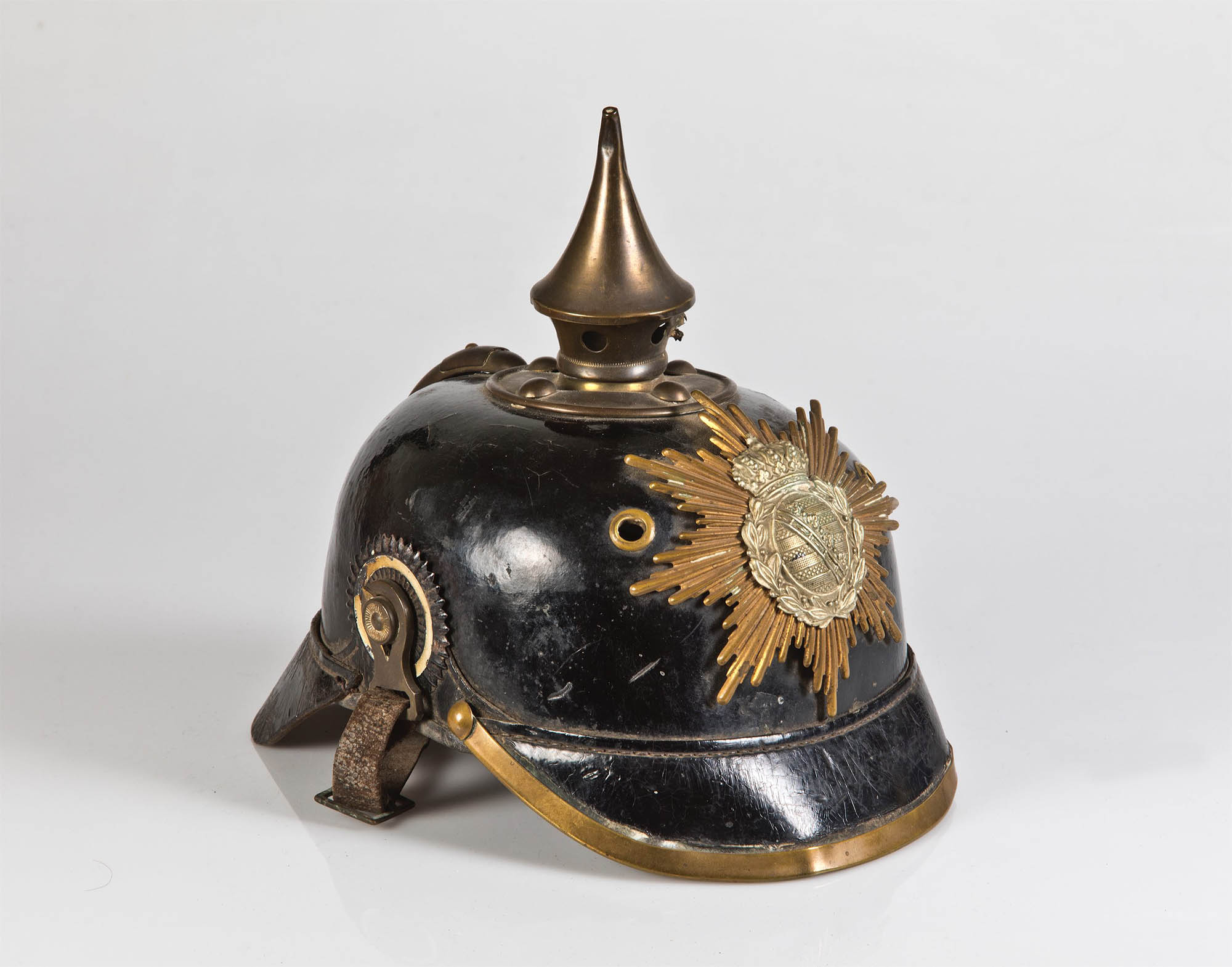 This is a German Pickelhaube Helmet, which was used by German military, police and firefighters in the 19th and early 20th centuries. Pickelhaube essentially translates into “pointed hat,” with “pickel” meaning “point” or “pickaxe,” and “haube” meaning bonnet. Originally introduced into the Prussian army in 1842, it was emulated and copied across Europe at the time. By the First World War, however, the Pickelhaube had become more of a symbol of rank and status, with high-ranking officers and officials, such as the German Kaiser, wearing very distinctive and stylised variants of the helmet. The height and style of the helmet’s spike would change in height on style, depending on the wearers rank and what unit they were a part of. Some Pickelhaubes also had plumes on their spikes, which were detachable and were a symbol of military distinction. Black and white plumes could be seen on the helmets of German generals and officers up until the outbreak of the First World War. Finally, there is the ornamental plate on the front of the helmet, which usually indicated the regiment’s state or province. The most common plate design is the well-known spread-winged eagle, which symbolised Prussia. The plate on this particular helmet, however, stands for Saxony. Based on the overall design of this particular Pickelhaube helmet, it is likely this was an infantry helmet.

During the early months of the Great War, it became apparent that the Pickelhaube was not cut out for trench warfare, as it did not provide enough protection from shrapnel and other debris. This, combined with a growing shortage of materials thanks to the war, saw the Pickelhaube replaced by the Stahlhelm, or German steel helmet, which offered troops more protection and was easier, and cheaper, to manufacture. From 1916 onwards, the Pickelhaube was discontinued and was worn solely for ceremonial purposes. 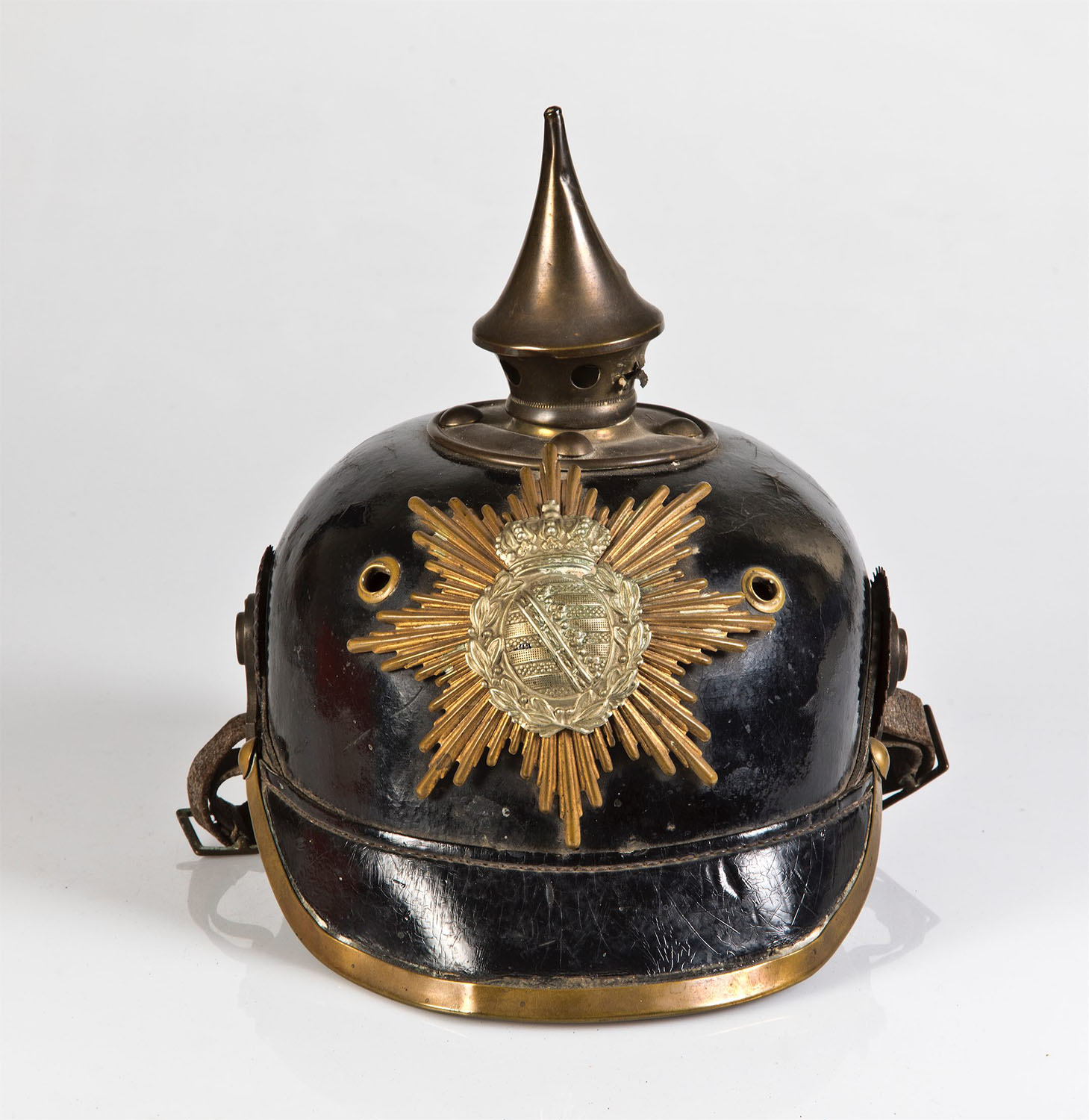 Special thanks to Harri Teague, student of 2021 MA Museum Studies - Archaeology Department UCC for his research on this object. Thanks to Gerry White for helping edit this piece.