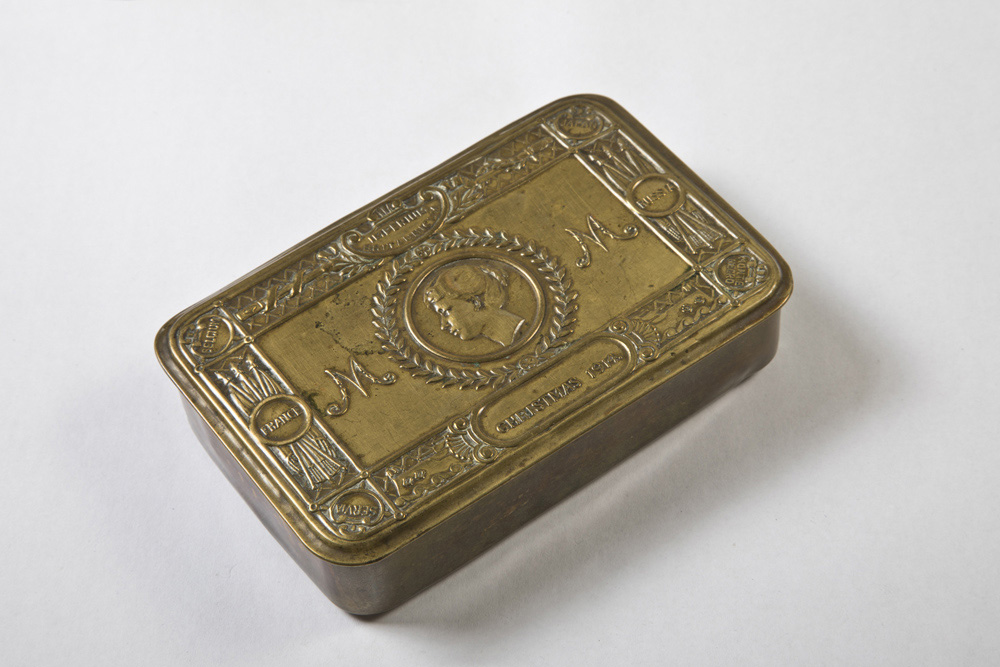 On 15 October 1914, a letter appeared in newspapers printed throughout the British Empire calling for the public’s help to ‘send a Christmas present from the whole nation to every sailor afloat and every soldier at the front’. The letter was a genuine appeal to help those serving on the many fronts of the war. ‘Could there be anything more likely to hearten them in their struggle than a present received straight from home on Christmas Day? Please, will you help me?’ The author of the letter was seventeen-year-old Princess Mary, daughter of the King George V and Queen Mary.

Her appeal kick started an impressive public fund-raising campaign that aimed to supply each member of the British Armed forces serving abroad with a gift box by Christmas 1914. Money came from all levels of society, with the bulk made up of small donations made by ordinary members of the public. After its initial run, it was subsequently decided to also send a gift box to all serving members, home or abroad, prisoners of war, as well as next of kin of 1914 casualties. In the end it is estimated that over 2.6 million boxes were produced. 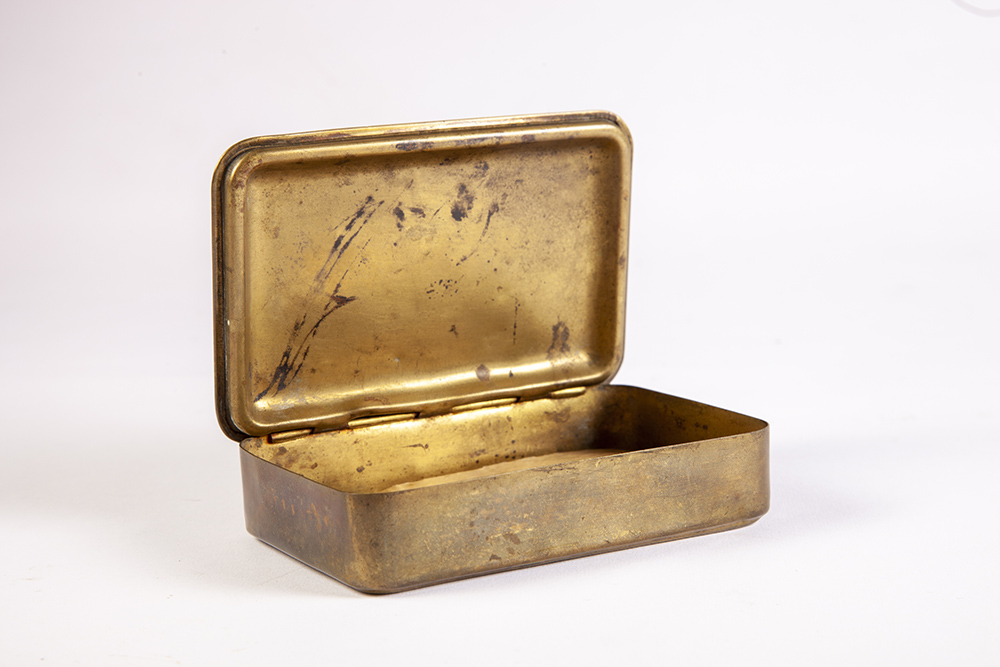 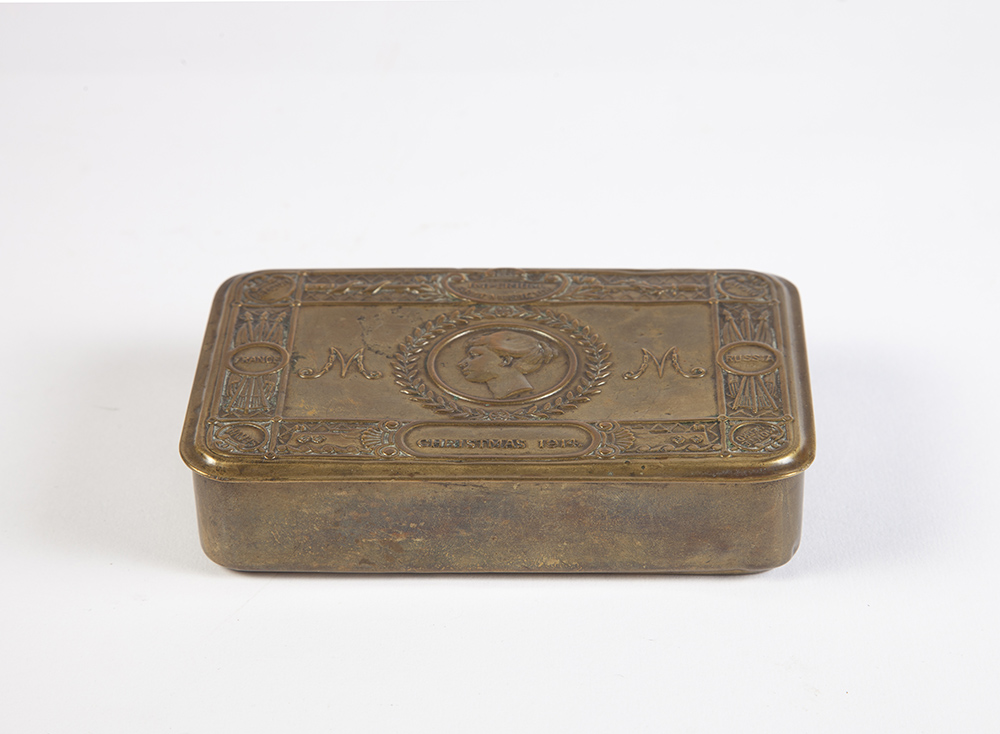 It was anticipated that every eligible recipient would receive an embossed brass box, one ounce of pipe tobacco, twenty cigarettes, a pipe, a tinder lighter, Christmas card and photograph of the King and Queen. As the British Armed Forces consisted of numerous nationalities, religious and dietary requirements, it soon became clear to organisers that the proposed contents of the box would not be suitable for everyone. The Indian Army for example was made up of Gurkhas, Sikhs and other religious groups. The Gurkhas received the original gift box, while the Sikhs received sugar candy and tin box of spices. Special gift boxes were also produced for non-smokers and nurses, which included chocolate.

Distributing these many gift boxes was logistically difficult and many did not receive their boxes until well after armistice day in 1918. Securing the brass to make the boxes, as well as the boxes’ contents provided difficult, especially in war time so delays were to be expected. Interestingly, 45 tonnes of brass strip intended to be used to make the boxes went down with the RMS Lusitania when it was torpedoed by German U-boat in May 1915.

This box belonged to Cork man, Christy Barry, who was killed saving his commanding officer at the Battle of Aubers Ridge on 9 May 1915. For men like Christy Barry, Princess Mary’s Christmas Gift brought a little comfort during such difficult time. The box is airtight and durable and once the original contents were used, it made a perfect container for storing prized and personal possessions such as letters, cigarettes or money.