Theobald Mathew was a Capuchin monk whose life’s work in helping the destitute of Cork, chiefly during the Cholera outbreak 1832, the Great Famine 1845, and Temperance campaigns; made him one of the most greatly revered figures in Ireland. Born on 10th October 1790, in Thomastown Castle, Co. Tipperary, he was descended from a line of Earls of Llandaff. Despite a privileged upbringing, Fr. Mathew chose to become an Irish Catholic priest, in 1813, and transferred to Cork in 1814, where he resided for 24 years ministering in a small friary on Blackamoor Lane. Soon after his arrival, crowds of all backgrounds flocked the church for daily confessionals. Reputed for his compassion and altruistic manner, he quickly earned tremendous affection for his ‘earnestness of the truth, of sincerity, of belief’, as described by his biographer John Maguire, which ‘laid the foundation of his future fame’. 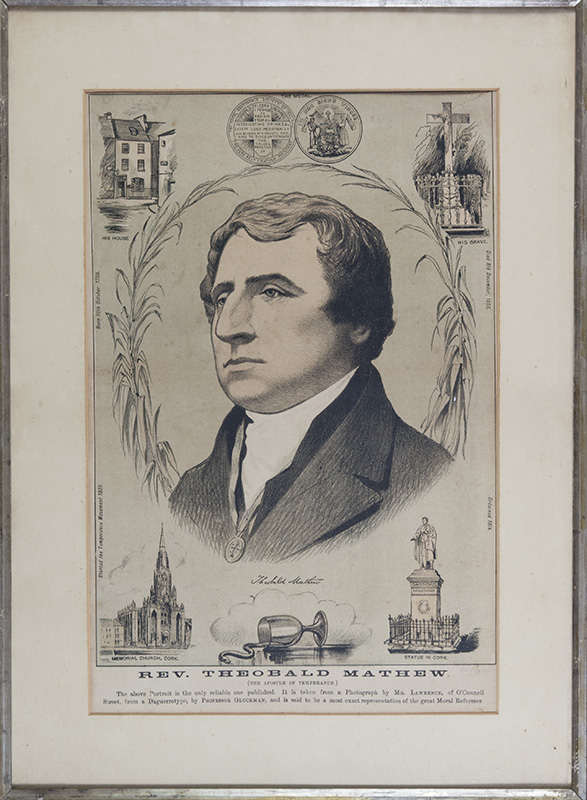 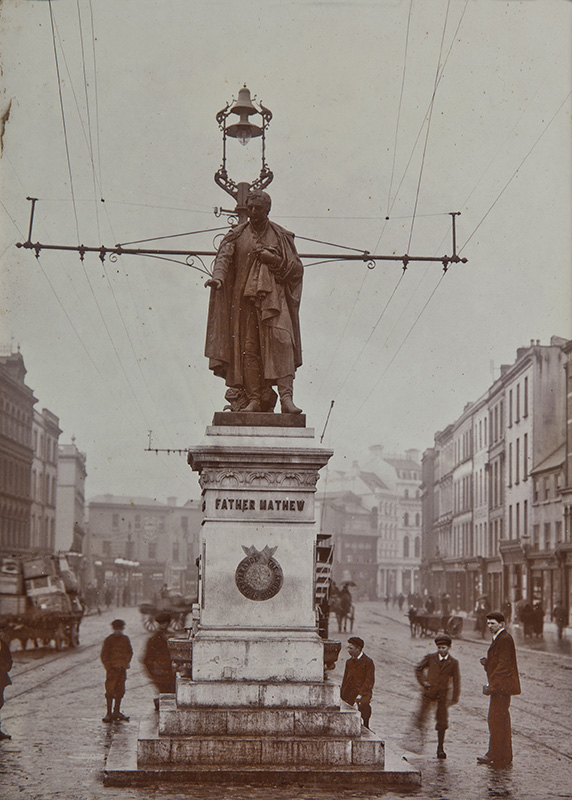 Like his cousin Nano Nagle, an avid educator, Fr. Mathew believed in teaching the underprivileged at a time when education was restricted. Starting at the Little Friary, he established teaching societies that grew and evolved. Today Saint Vincent De Paul is an example of one society that grew from Fr. Mathew’s work with the Josephian Society, which he founded in 1819. 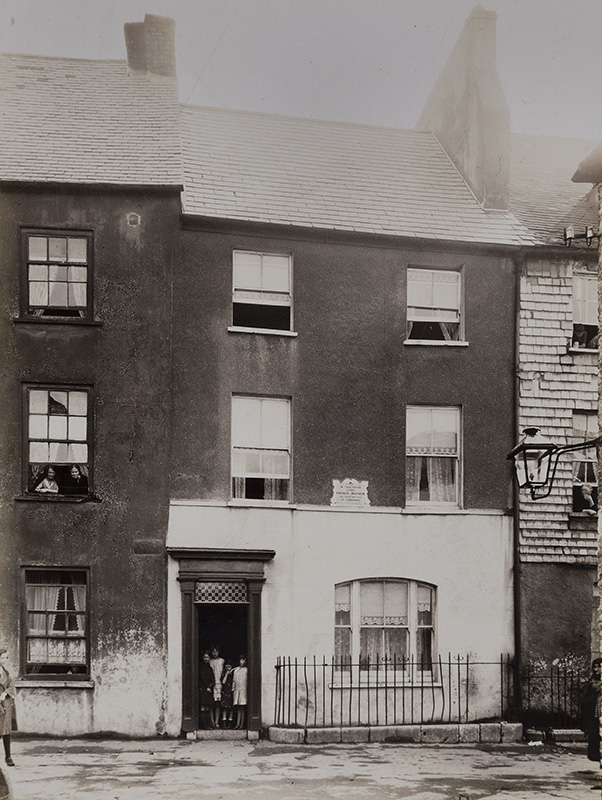 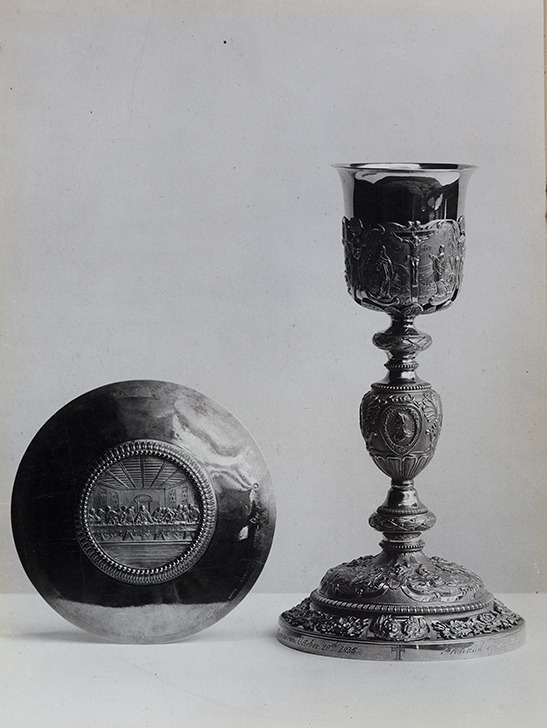 Fr. Mathew’s devotion towards the community was especially significant during the Cholera epidemic 1832. At his own personal cost, he took out a long lease of Cork’s Botanic Garden in Ballyphehane to provide burial grounds for the poor.  This became St. Joseph’s Cemetery, the first Catholic burial grounds in the city. As many as 67 individuals per day were accommodated for free burial. Today, many of Cork’s most famous inhabitants, including Fr. Mathew himself, are buried there. He was also one of the first to respond to the first Great Famine blight in 1845, alerting the Under Secretary at Dublin Castle of its dangers. His philanthropy extended to establishing committees to provide relief to those suffering the most. He managed the Cork District Relief Committee Southern Depot, which distributed food to up to 6000 people at his own expense. 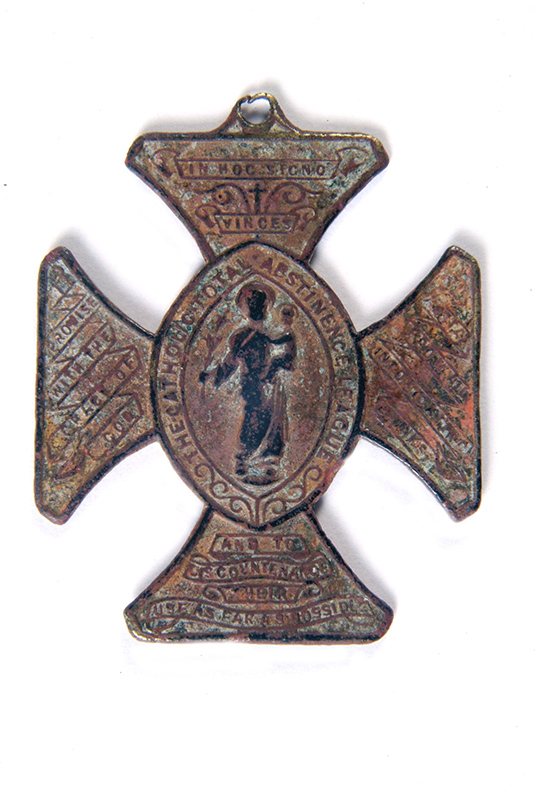 This temperance banner was made by Presentation Sisters commemorating Father Mathew's Temperance Pledge on 10th April ,

But his greatest achievement lies in teetotalism. Hailed as the ‘Apostle of Temperance’ he founded and led what would become Cork’s Total Abstinence Society in 1838. It soon gained local, national, and international recognition in its crusade against drunkenness. Taking the pledge himself on 10th April 1838, the movement attracted three million people by 1845. This became a historical event and was exonerated in keepsakes for years to come. Images of Fr. Mathew and his temperance pledge were incorporated into many souvenirs including tea pots, cups, medals and badges. Some of these are now housed on permanent display at Cork Public Museum. 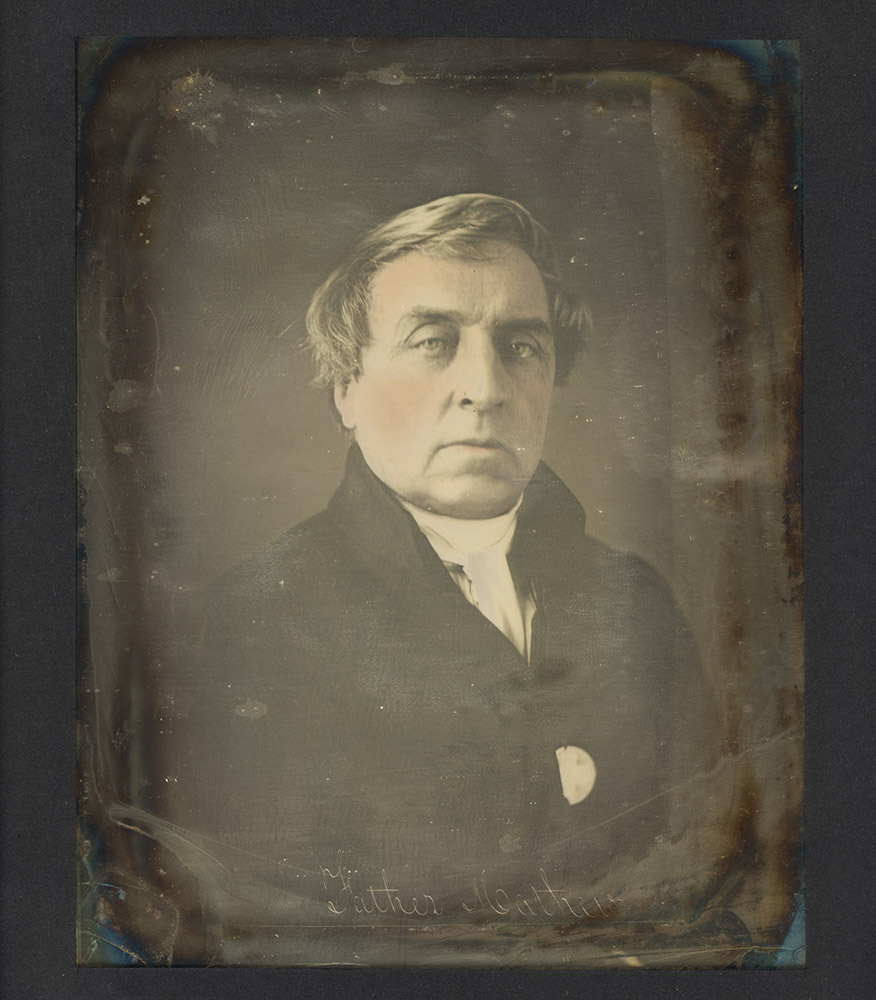 (Above) Fr Mathew photographed by Thomas M. Easterly in St. Louis, Missouri in 1850.

(With kind permission of the Missouri Historical Society)

Fr. Mathew brought his temperance campaign to Britain in 1843, and to America between 1849-1851 where he visited over 300 cities and towns gaining the vow of an estimated 600,000 Americans. There, his influence became known to an American daguerrotype photographer, Thomas M. Easterly who captured Fr. Mathew during his stay in St. Louis, July 1850. The museum now houses a digital copy of this Daguerreotype image courtesy of the Missouri History Society.

Although Fr. Mathew’s health was failing after suffering a stroke in 1848 and apoplexy in 1852, he continued pastoral activities while staying at his brother’s house in Lehenagh. Spending his remaining days in Queenstown (Cobh), he died on December 8th, 1856. 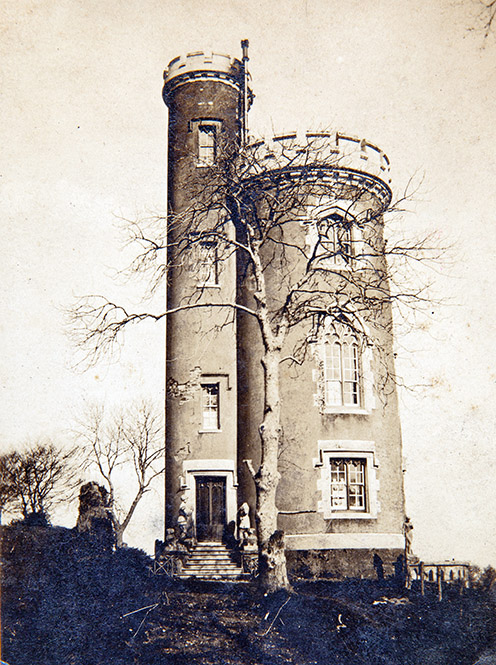 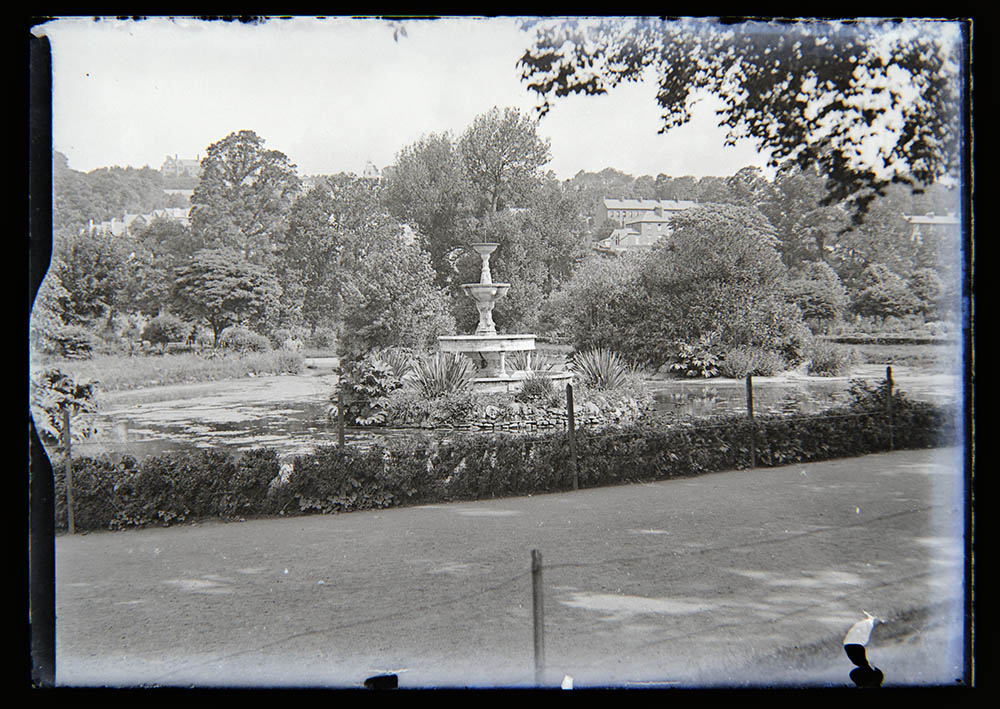 His legacy is preserved in the famous stone statue on St. Patrick Street, Cork City. It was sculpted by John Foley and was unveiled on 10th October 1864. A few feet from where Cork Public Museum stands today, is Fr. Mathew’s memorial fountain, located at the centre of the pond. It is one of the few surviving architectural features from the 1902/03 Cork International Exhibitions. His legacy and name are still fondly remembered in Cork to this day. 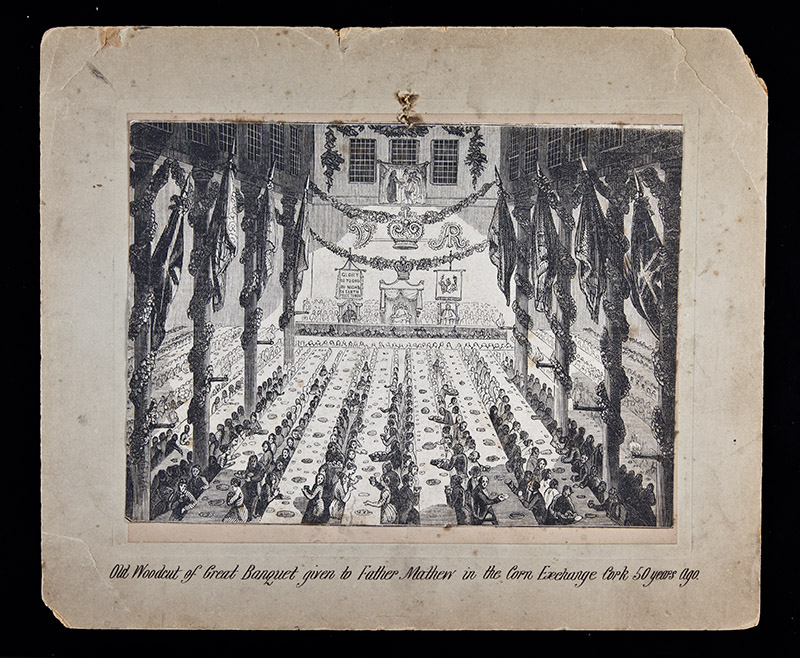 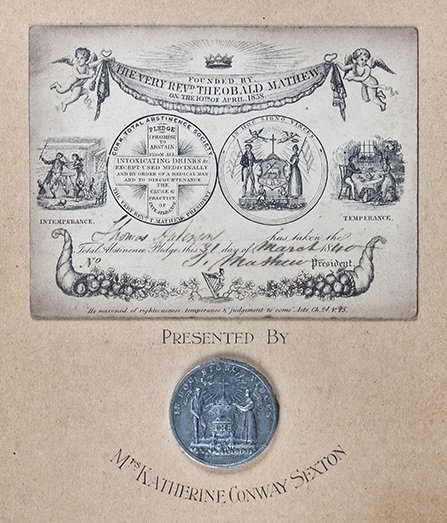 (Above Left) Print, Great Banquet given by Father Mathew at the Corn Exchange, Cork.

For more information on Father Mathew, consult the following publications:

Birmingham, James. A Memoir of the Rev. Theobald Mathew, with an Account of the Rise and Progress of Temperance in Ireland. (Milliken and Son, 1840).

Fehlandt, August. A Century of Drink Reform in the United States. (Eaton and Mains, 1904).