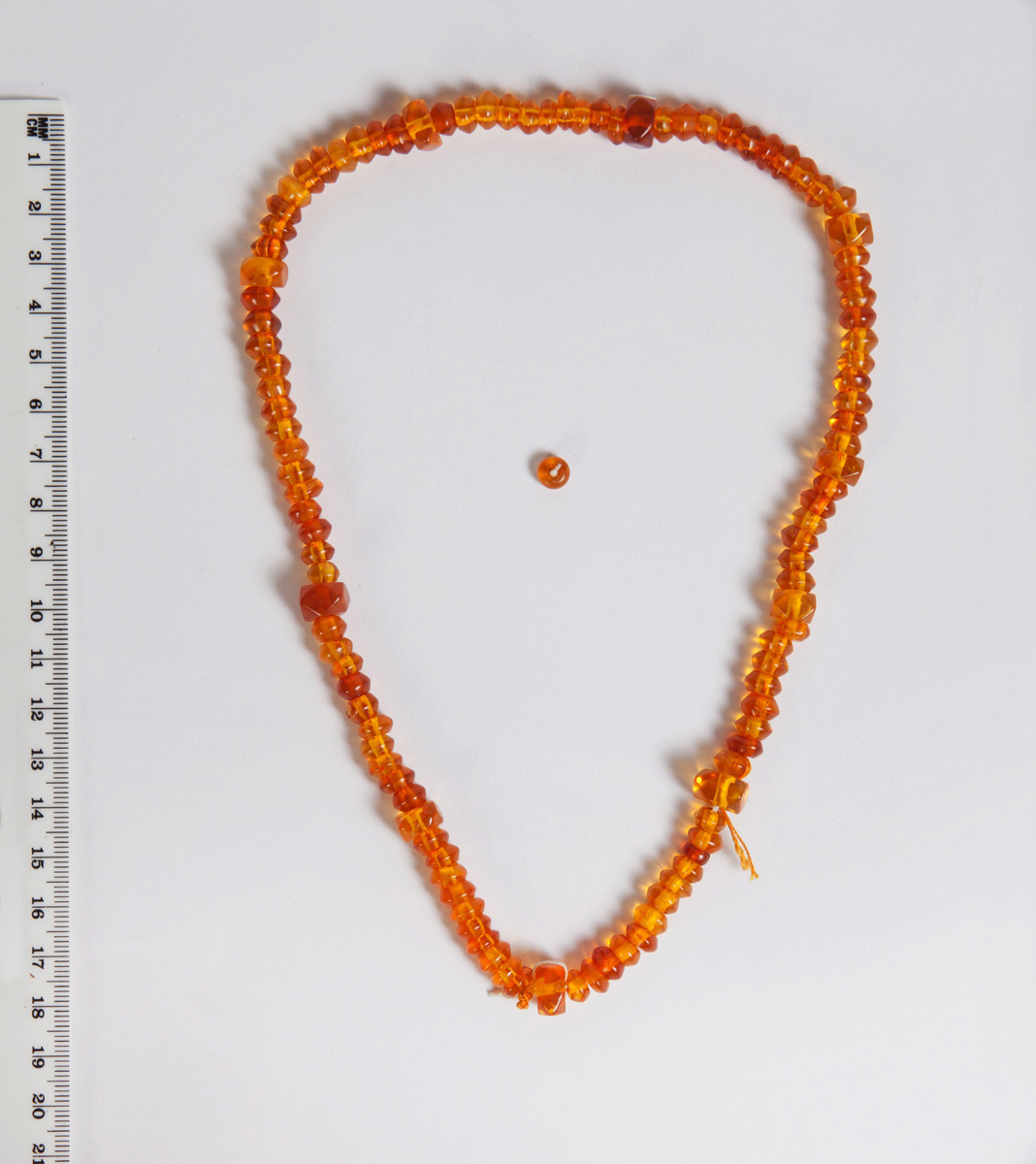 This paternoster, or set of prayer beads, made of amber, was found in the excavations of medieval Cork at Grand Parade. Of late thirteenth century date, it is possibly the oldest surviving example of its kind. It is made up of 10 ‘decades’, or sets of 10 small beads, roughly interspaced by larger beads. As it is an early form of a rosary, it would have been used in much the same way, helping the user to count prayers on the ‘decades’.

It was discovered during the excavation of what was thought to be a refuse dump. Archaeologists were able to carefully rethread the beads in situ in order to preserve their original order. It is possible that the owner simply lost the paternoster, as it would have been too valuable to simply throw away.

Cork in the 13th century was a bustling hub for crafts and trade. It was an ethnically diverse city, serving as a crossroads between the Hiberno-Norse community and the relatively new Anglo-Norman arrivals. While there would have been major differences in the customs of these two groups the one thing that would have brought them together would have been religion. Cork was a monastic centre, and daily life often revolved around the Church, symbolically as well as literally. The centre of craft was in the area around Christ Church, on what is today South Main Street, and many people would have congregated there for work and trade.

The amber from which the paternoster is made originated in the Baltic region. It would have come to Cork through a series of trade routes and was probably imported in its raw form and turned, on a lathe, to make the beads. The beads themselves are not roughly produced; they were carefully sculpted in a gothic style, which would have been uncommon and valuable.

Most paternosters were made from wood, so an amber example would have been highly prized and cherished by its owner. The set of prayer beads likely would have played a large role in the owner’s daily life, as it would have been a tether not only to religious expression, but to the material world and commerce in Cork as well. It quite possibly could have been one of its owner’s most valuable possessions. This being one of the earliest examples of what we now call a rosary, it is an early example of a tradition that is still practiced across the world today. 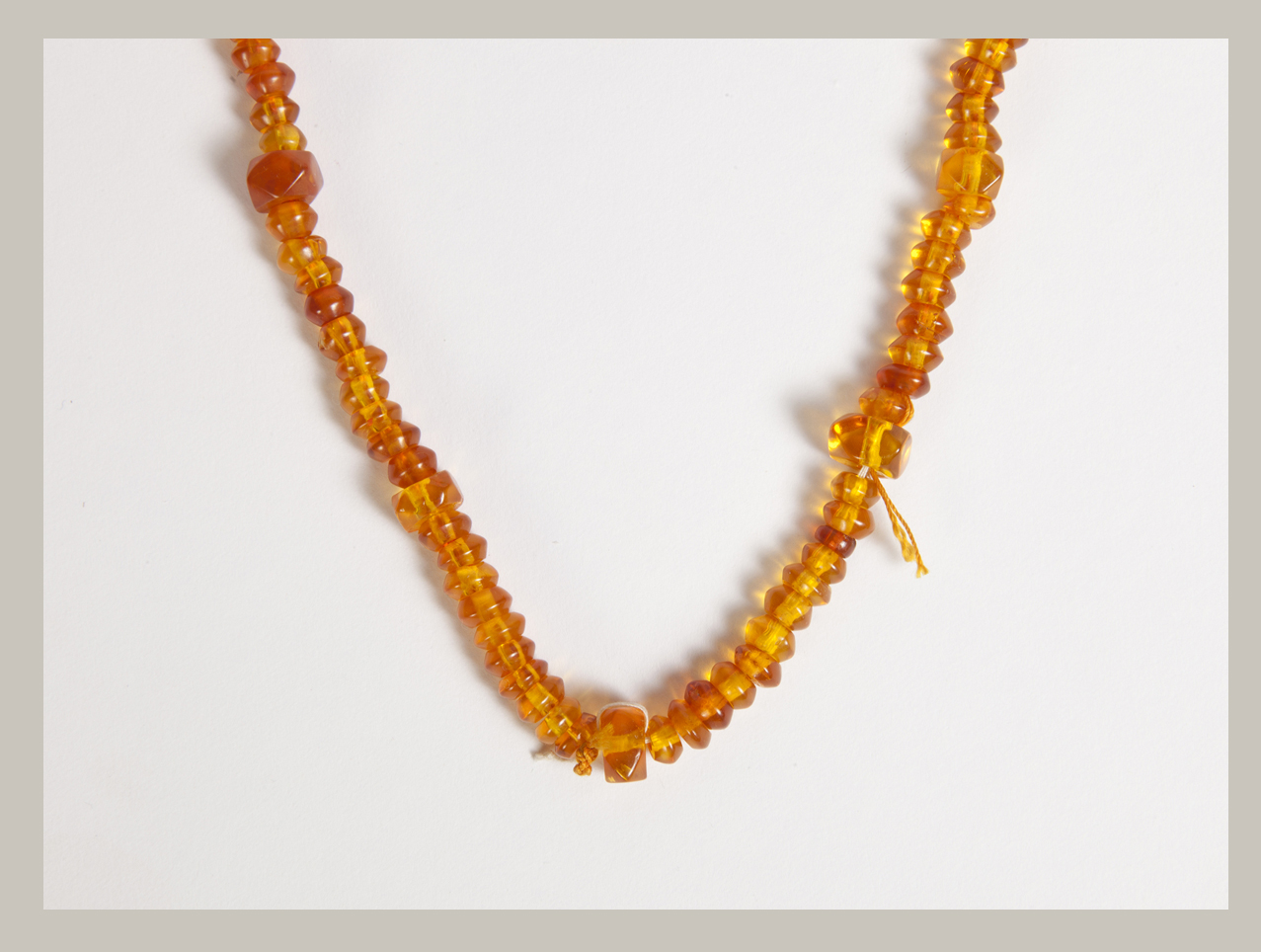