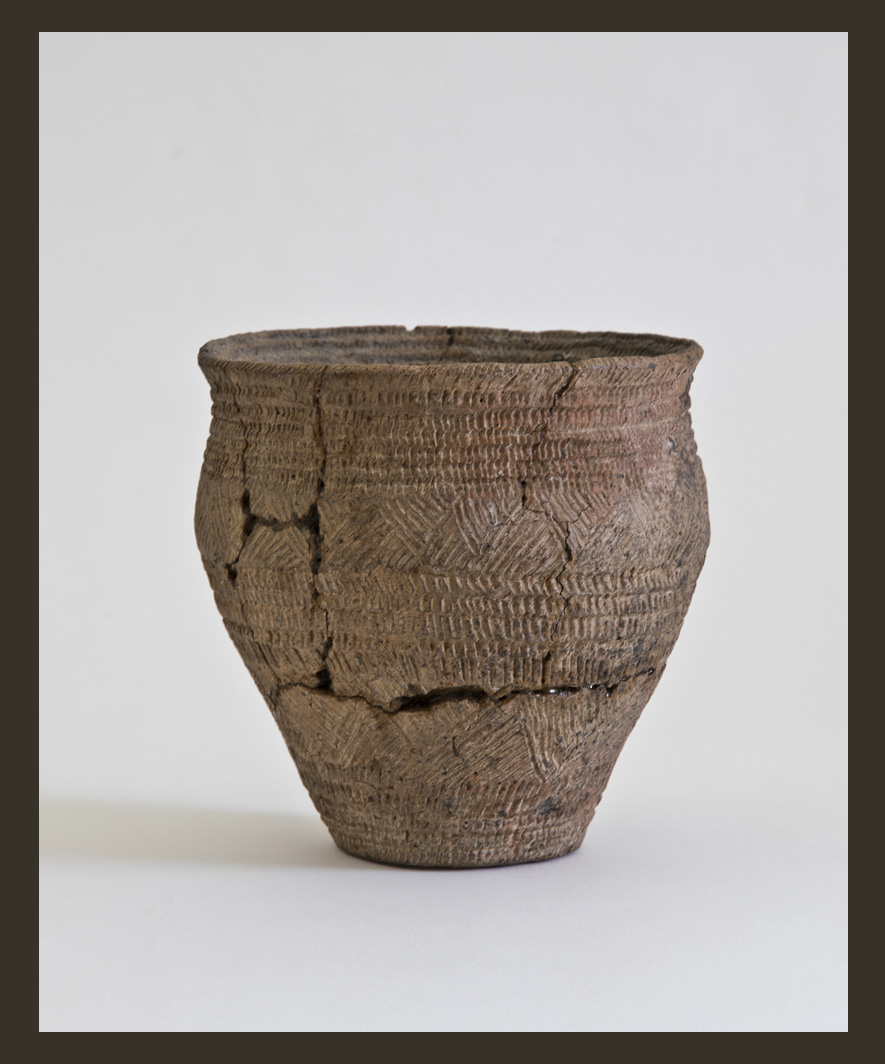 In 1938, during the ploughing of a field in Ballynahow, near Fermoy, Co. Cork, a cist grave was discovered. This type of grave is essentially a box made up of stone slabs and it is a burial type that becomes common during the Early Bronze Age, c.2500 BC ― c.1400 BC. The Ballinahow cist contained a central pile of cremated human remains and the fragmented remains of two pottery vessels. Both vessels, originally placed upright at opposite corners of the cist, survived in a broken state and only one sherd of the miniature vessel was present.

The miniature vessel belongs to a rare type of prehistoric pottery, formerly known as ‘pygmy cups’. The sherds of the larger vessel have been re-assembled and identified as a decorated example of a vase. Vase-type pottery is the most common type of artefact found in cist graves and may be positioned in a number of ways. They can be placed upside down on top of a cremation, positioned beside it, or contain it. The exterior of the Ballynahow vase is richly decorated with vertical incised lines within horizontal grooves and broad hatched triangles, while its rim features a herringbone pattern. All of these are common decorative motifs of the vase tradition. 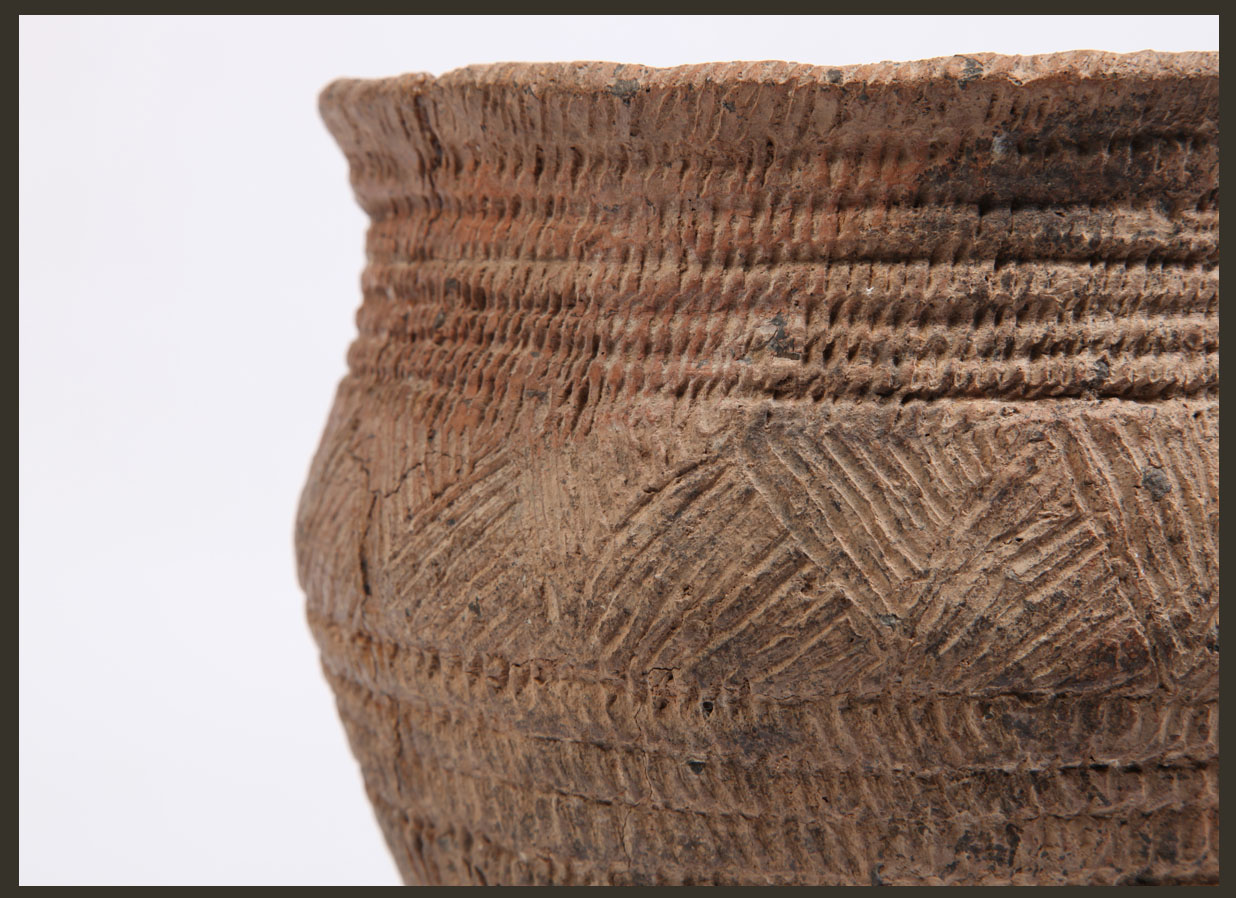 Early Bronze Age burials and their accompanying grave goods appear in many different variations and reflect changes in the social dynamics of the time. It appears the Early Bronze age people valued individual burial, which may reflect an influence of social hierarchy. The subject of this burial tradition and its complexity is still debated.