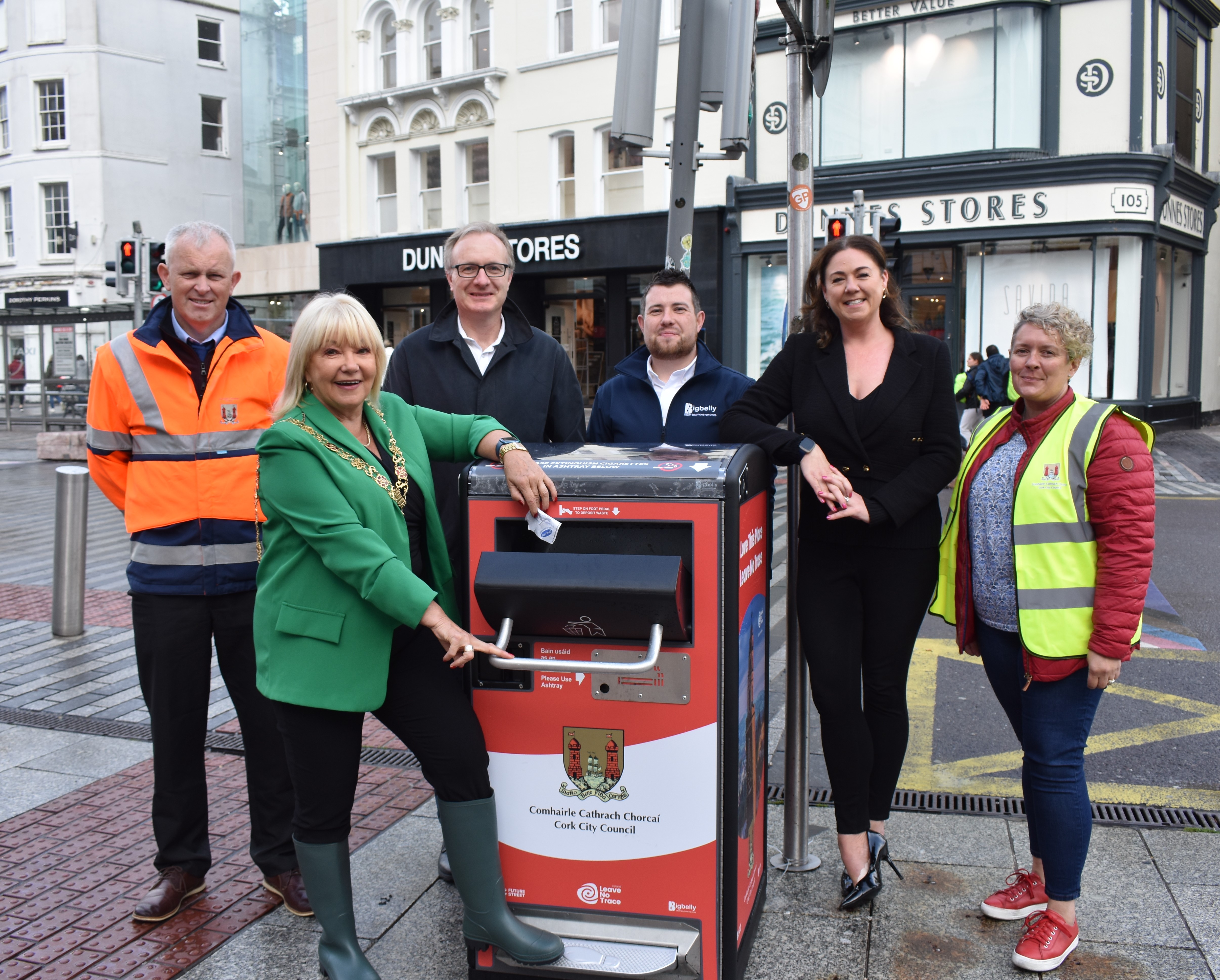 Fifty-four solar compacting bins have been installed around Cork city centre after Cork City Council secured funding under the Litter Infrastructure Support Grant Scheme from the Department of Environment, Climate and Communications.

Lord Mayor of Cork, Cllr Deirdre Forde joined some of the city’s 77-strong street cleansing crew and litter management officials to officially launch the new ‘Future Street - BigBelly’ bins which can hold up to 8 times more waste than the standard 120 litre street bins.

Using a sensor, these state-of-the-art bins determine the amount waste in a bin and compact the waste, when required, to provide more holding capacity. When they are ready to be emptied, they send an electronic message to council staff. This new technology will mean fewer collections, lower collection costs and fewer emissions. In addition, the fully-enclosed design means they are bird and vermin-proof, can be operated using a foot pedal and provide data on which streets generate the most binned litter.

The Lord Mayor said: “Keeping the city clean so it is attractive for residents, shoppers, tourists and business is one of the most important functions of Cork City Council and I’m delighted to see the investment in these solar compacting bins”.

“I’ve always had great respect for the crews that clean our streets from early morning until late at night. It’s not an easy job on wet and cold days and nights but they are always pleasant to the city’s workers, residents, and tourists. I’d like to call on the people of Cork to help them in their job by using the city’s bins or by putting in your rubbish in your pocket and bringing it home. Keeping a city clean begins with the people who use it,” she said.