History of the Fire Brigade

Insurance Fire Brigades were established following the Great Fire of Cork 1622 which destroyed a large number of the buildings in the City which, up to then, had  consisted mainly of wooden and thatched houses. After this fire, houses were largely constructed out of brick and stone and their owners began to insure these buildings against fire. Insurance companies were granted Charters to provide fire insurance and they realised that it would be in their own interest to hire men to put out fires in the buildings that they insured. These Insurance Fire Brigades were also very good advertisements for their companies with their brightly covered livery and the clattering wagons. Additional volunteers were usually recruited on the spot to help with water pumping.

The gradual demise of the Insurance Fire Brigades in the nineteenth century meant that Cork was again without a Fire service. In the 1850’s and 60’s several serious fires in the city led to calls for the establishment of a municipal fire brigade. Sir Eyre Massey Shaw, a Cork man and Chief of London Fire Brigade, was commissioned to draw up a plan for the provision of Corks first official brigade. On the 1st of October 1877 Cork Corporation formed Cork City Fire Brigade with an annual budget of £570. Mark Wickham, a fire escape inspector from Dublin, was appointed the first Superintendent, with a staff of just four men, who became know as “The Gallant Four”. From the start there was a shift in emphasis on the side of the firefighting force in Cork. Whereas previously the primary object of the Insurance Brigades was the saving of property, Superintendent Wickham indoctrinated his men with the importance of saving human life and the rendering of humanitarian service to all, regardless of creed or class. 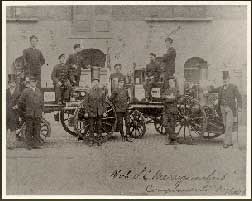 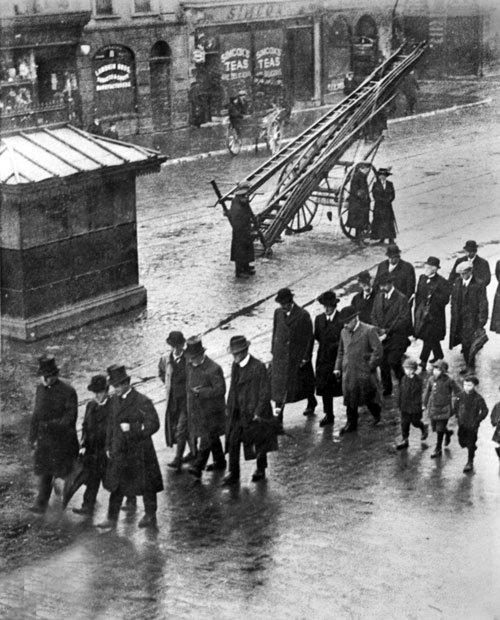 In 1891 Capt Hutson was appointed Chief and in 1893 the newly-formed brigade acquired Cork's first purpose built Fire Station which was opened in Sullivan's Quay at a cost of £1,800.00. A second Fire Station was later built at the rear of the Courthouse in Grattan Street to serve the City Centre. Later again a third station was built at the top of Shandon Street to serve the north side of the city.  Wheeled escapes or ladders were positioned strategically around the city for use as needed and on St. Patrick's Street a central street station, or “Fireman’s Rest”, was located near Father Mathew Statue.  It consisted of a metal hut which was manned 24/7 by a firefighter with a ladder and hose nearby. His job, with the aid of passers-by, was to use this rescue equipment and any at the scene of a fire or the immediate environs and make rescues until his colleagues backed him up from Sullivan's Quay. The Brigade at that time consisted of six regular men and two Turncocks living in the station with six auxiliary firemen, all Corporation employees, and with local volunteers; in all a force of 30 men could be mustered in a few minutes. A report from the Chief at the time suggested that a night response took about 2.5 minutes with men fully dressed and horses out. 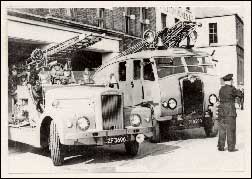 At various stages in its history the Brigade has been severely tested e.g. the malicious burning of Cork in December 1920 by Crown Forces when vast swathes of the city, including City Hall, Carnegie Library and over other fifty buildings, were destroyed by the fire.  Firefighters, along with their colleagues from other Brigades in Limerick and Dublin who were summoned to help, worked for several days without rest to prevent the fires from consuming the entire city. In 1923 the first motor-pump was put into service in Cork Fire Brigade and further developments led to the withdrawal of the old horse-drawn rescue and firefighting equipment and the closure of some SubStations. During World War II a large volunteer force (Auxiliary Fire Service) was raised and situated in various key points around the City. 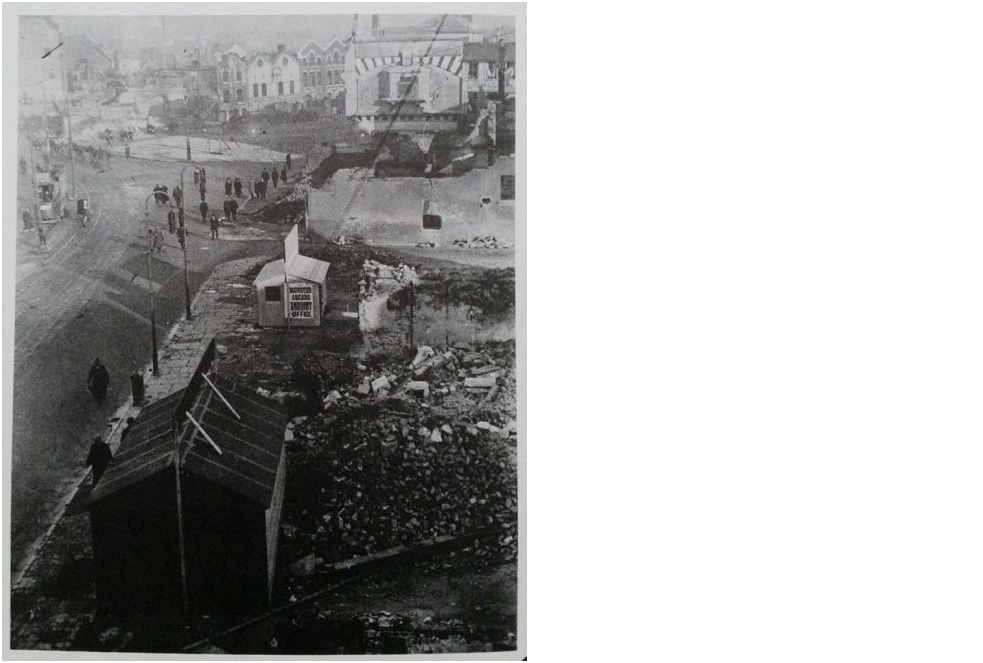 In the 1930’s, new fire appliances capable of carrying their own ladders were introduced along with new techniques and equipment.  During World War II (or the “Emergency” as it was proclaimed by the Dáil), the brigade was involved in the recruitment and training of a volunteer corps of civilian firefighters known as the Auxiliary Fire Service (AFS) who were to provide a backup in the event of the war reaching Cork.  The AFS still exists today, under the auspices of the Civil Defence, with whom the Brigade enjoys a close relationship.

Cork City Fire Brigade has responded to many notable incidents since its establishment including: 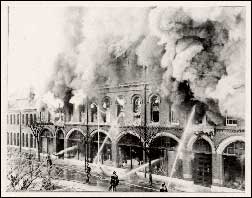 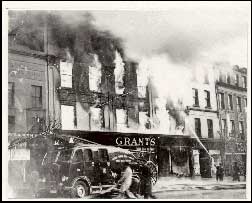 In the intervening years many changes, some subtle and some dramatic, took place within Cork Fire Brigade. In 1972 a Fire Station was opened to provide cover in the North City Area. In 1975, after 98 years in Sullivan's Quay, the Brigade Headquarters was transferred to the present headquarters station in Anglesea Street at the rear of City Hall and the old station in Sullivan's Quay was closed. Also in that year the 40-hour week was introduced and 30 new recruits were employed to bring the Brigade to full strength.

Cork City Fire Brigade current comprises  108 firefighters and 36 officers, along with a fire prevention section and administration.  The operational staff are divided into four shifts, known as “watches”, and they provide 24-hour care, 365 days a year.  The Brigade operates from three stations, with its headquarters in Anglesea Street and stations in Ballyvolane and Ballincollig.  The operational area covered includes the Cork City area and also those areas of Cork County in close proximity to the city.  The role of the Brigade has changed in recent years, from merely responding to fires, to now responding to a variety of incidents including road traffic accidents, chemical incidents, river rescues and a wide range of miscellaneous incidents such as road hazards, oil spills, general rescues and unsafe buildings.  Since 2013, Cork City Fire Brigade has been responding to cardiac arrest incidents in conjunction with the National Ambulance Service.

From its humble beginnings in 1877, Cork City Fire Brigade now utilises the most modern equipment and technology available to proudly protect the people of Cork.