Terence MacSwiney was born in Cork in 1879. His interests in Irish history, culture, and language, led to him becoming a writer. In 1901 he was a founding member of the Celtic Literary Society, and in 1908 he co-founded, with Daniel Corkery, the Cork Dramatic Society, which produced many of his plays. MacSwiney also published poetry and essays. Increasingly drawn to Republican politics, he was a founding member of the Cork Branch of the Irish Volunteers, and stayed with its 'separatist' wing when it split in 1914. 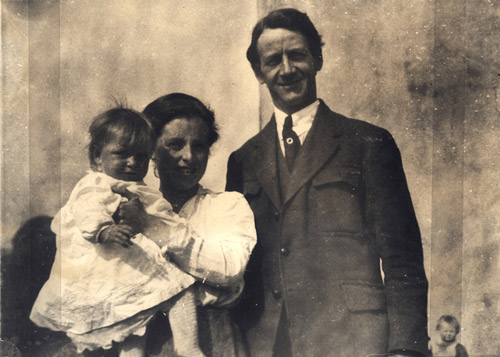 MacSwiney became second in command of the Cork No 1 Brigade. The brigade obeyed Eoin McNeill's orders to stand down on the eve of the 1916 Rising, but MacSwiney was troubled ever after by this event. He served time in several UK prisons in 1916-17, and married Muriel Murphy while interned in Bromyard. In the 1918 General Election he was returned for Mid-Cork, and took his seat for Sinn Fein in the First Dail Eireann. He carried out much organisational work and raised funds for the Dáil Loan, organised nationally by Michael Collins, Minister for Finance.

Following the murder of Tomás Mac Curtain, Lord Mayor of Cork, on 20 March 1920, MacSwiney became commander of the Cork No 1 Brigade and Lord Mayor of Cork. He was arrested in City Hall and subsequently convicted on 16 August for possession of seditious materials and a cipher key. He began a hunger strike which drew international attention. 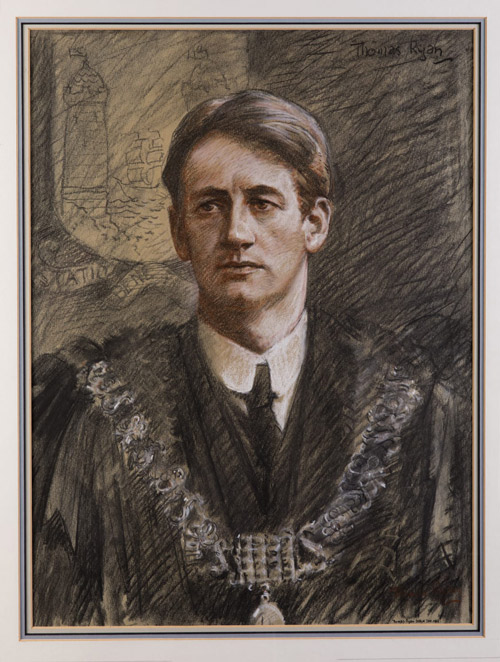 He died on 25 October 1920, after 74 days on hunger strike. His essays were collected in 'Principles of Freedom' (1921), which inspired many political leaders, including Nehru and Gandhi. 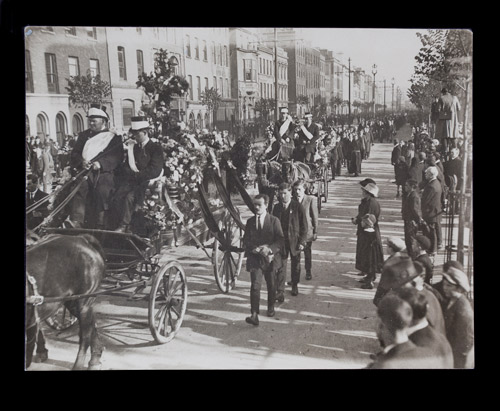