Illustration of architectural feature close to the tile: 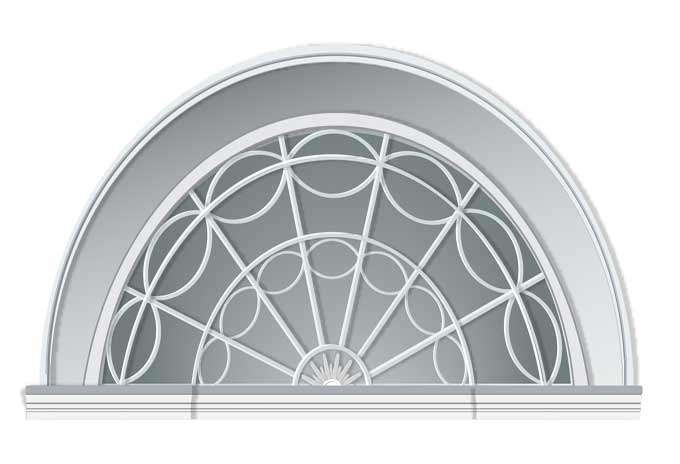 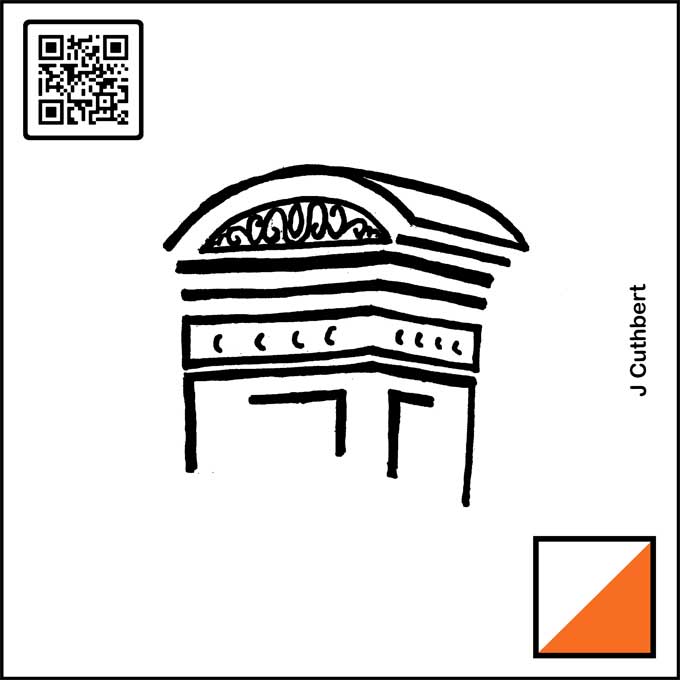 The first checkpoint can be found at 8 North Mall.

Welcome to the first checkpoint - the beautiful terraced street of North Mall on the banks of the River Lee.

A large Franciscan friary stood here for hundreds of years until it was suppressed during the Reformation. Later in the 18th century, North Mall became home to Cork's wealthy elite. They built grand houses in the fashionable Georgian style. This style was used between 1714 and 1830 and was named after the four King Georges who reigned one after another in the 18th and early 19th centuries.

On either side of the door are a pair of engaged (partly embedded in the wall) iconic columns. Georgians loved these Greek style columns as classical architecture became fashionable in the Georgian period due to may Georgians undertaking a "Grand Tour".

Above the door, you’ll notice the fanlight or sunburst light. This is a typical Georgian feature that allows natural light into the dark hallway. If you step back, you will see a carved image of a sun rising from the top of the architrave (beam resting across the tops of the columns).

To the right of the door, on the steps, you can see a small decorated piece of metal. This is a boot scraper! The streets of Georgian Cork would have been muddy, so it was important to clean your dirty shoes before you entered the house.

Unlike other houses on this street, a cast-iron balcony was added to the first floor in the Victorian period. If you look higher, you’ll notice that you cannot see the roof from the street, this is a typical Georgian feature called a parapet roof. It's a simple trick which involves building a small wall or parapet at roof level to hide the slate pitched roof. This makes the house seem taller and more rectangular.

Number 8 has many more Georgian features such as a carriage arch and sash windows which we will learn more about along the orienteering route. 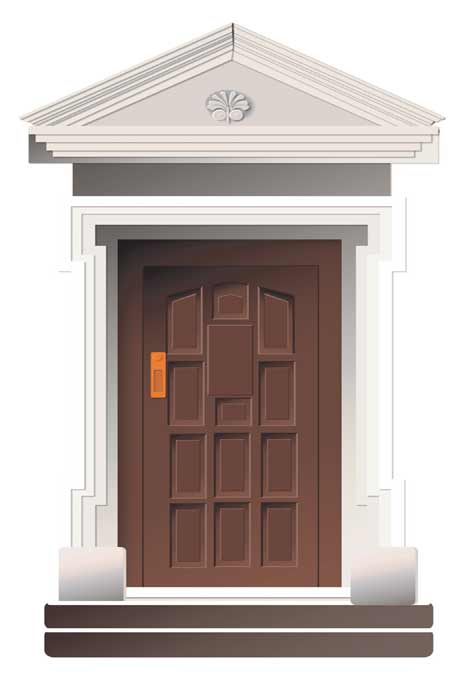