The Cause by Seán O'Deadaigh 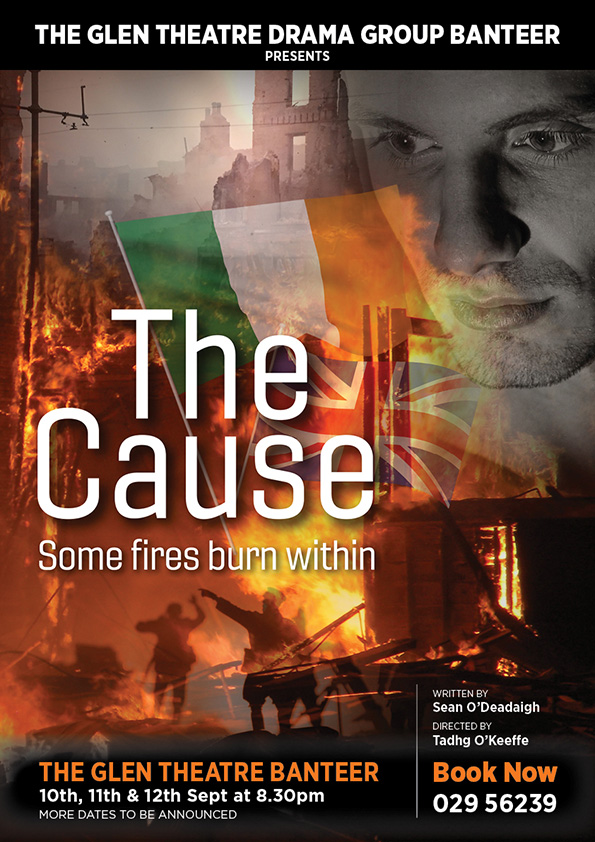 Cork City Council is proud to promote "The Cause" a new play by Seán O'Deadaigh, premiering in The Glen Theatre, Banteer, Co. Cork on 10th September 2021.

Written by Seán Ó Deadaigh and directed by Tadhg O’Keeffe, The Cause depicts the story around the capture of a Black and Tan officer by members of the Cork No. 1 Brigade, Irish Revolutionary Army Captain Seán O’Donoghue and Volunteer Jamesy O’Mahoney during one of the greatest single atrocities of Ireland’s War of Independence – The Burning of Cork.

The play will run from 10th to 12th September 2021, with more dates to be announced.