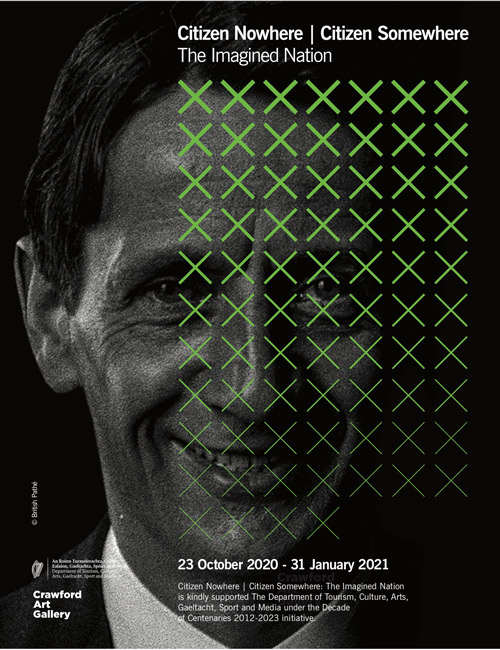 New major Exhibition at Crawford Art Gallery featuring national and international artworks highlights the legacy of Terence MacSwiney’s 74 – day hunger strike and how it gripped the press and political agendas around the world.

Citizen Nowhere | Citizen Somewhere: The Imagined Nation, Crawford Art Gallery’s current exhibition focuses on the international legacy of Terence MacSwiney’s hunger strike and death, and the idea of nation as an imagined state to which his own essays, Principles of Freedom, aspired.

25 October 2020 is the centenary of the death of Terence MacSwiney (1879-1920), Lord Mayor of Cork, playwright and politician. Following his arrest on 12 August 1920 for possession of a police cipher, MacSwiney’s 74-day hunger strike gripped international press and political agendas. 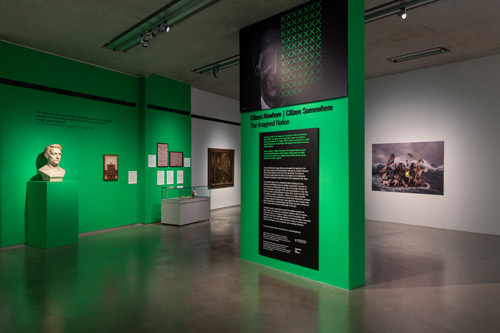 The exhibition begins with an illustrated timeline displaying local, national and international social and political crosscurrents in the lead up to and during MacSwiney’s hunger strike. His traumatic dedication to the Irish Republican cause gave rise to mass demonstrations of support for MacSwiney and an independent Ireland in many cities across the world, including Barcelona, London and New York.

Visitors will see artworks such as John Lavery’s (1856-1941) iconic paintings The Widow, Mrs Terence MacSwiney, Lord Mayoress of Cork (1922) a powerful portrait of a resilient woman and perhaps for the first time exhibited in Cork, Southwark Cathedral London (1920). Alongside the Catalan doll gifted to Terence and Murial MacSwiney’s daughter Máire by the People of Catalonia which has been restored specially for the exhibition by Cork Public Museum in partnership with Crawford Art Gallery. 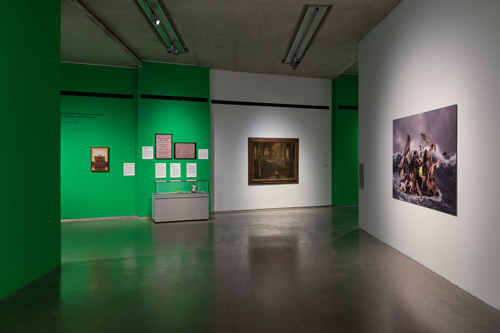 The exhibition provides an overview of some of the many individuals and countries inspired and influenced by MacSwiney’s principles and legacy to stand against the rule of empire and/or assert independence, including Bhagat Singh (India), Guo Morou (China) and Marcus Garvey (West Indies & United States of America).

Inspired by MacSwiney’s Principles of Freedom, through the work of contemporary artists Willie Doherty, Rita Duffy Öyvind Fahlström, Elaine Hoey, Anthony Haughey, Gustave Metzger, Brian Mac Domhnaill, Alban Muja the exhibition considers the idea of nation and the complexities of being a citizen of nowhere, under direct rule or as a refugee, to being a citizen of somewhere after liberation or the hope of achieving citizenship.