A Centenary Remembrance Mass for former Lord Mayors’ Tomás Mac Curtáin and Terence McSwiney along with the other victims of the 1920 turbulence was celebrated on Sunday, 13th December at 1.30pm in the Cathedral of Saint Mary & Saint Anne, Roman Street, Cork 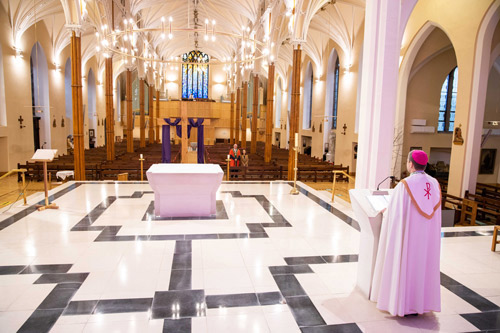 The mass was live streamed on https://www.corkcathedral.ie/live-stream/

The Chief Celebrant was Bishop Fintan Gavin, Bishop of Cork and Ross and the homily was preached by Fr. Silvester O’Flynn OFM. Cap.