Fitzgerald's Park is the largest public park in the city and if you are so inclined the Public Museum is located at the main entrance to the Park.

Fitzgerald's Park was originally the site of the Cork Exhibition, held in 1902/03, a commercial and industrial showcase for the city economy.  The grounds were laid out in a part formal, part romantic design with a large pond and fountain as the focus.  After the exhibition the grounds were made over to Cork Corporation to be managed for the benefit of the people of Cork.  The Park is named after Edward Fitzgerald who was Lord Mayor of Cork 1901 – 1902 and Chairman of the Exhibition Committee of the Incorporated Cork International Exhibition Association.

The park still retains a mix of formality and romance, with trim geometric flower beds contrasting with winding wooded paths - trees slant over a riverbank that is dotted with haphazard plantings of bulbs and herbaceous perennials, while a pristine rose garden is a riot of colour in June and July.   The small Arts and Crafts style building, now known as the President and Lord Mayor’s Pavilion, was originally the ladies’ rest room and tea rooms of the Cork Exhibition.   Cork Public Museum is situated in the Park in the house known at the time of the Exhibition as ‘The Shrubbery House’, which served as the administrative Centre for the great undertaking.  A wing has been added, in cool modern style, to complement the severe Georgian lines of the building.  Tucked in between the Museum and the riverbank is a cafe with indoor and outdoor tables, a perfect place to sit and contemplate life. 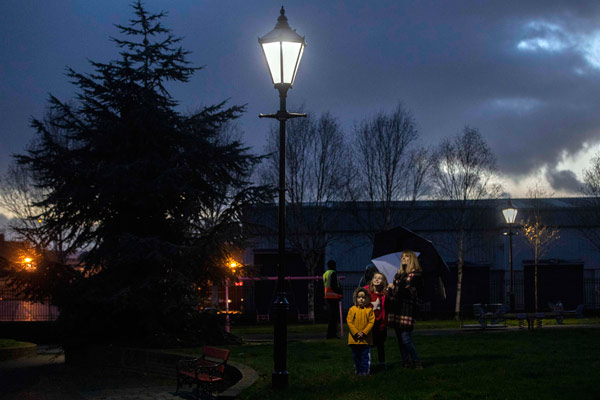 Shalom Park at Monerea Terrace was developed in 1989. The land for this amenity was kindly donated by Cork Gas Company , who also provided the lighting within the park.  The park name commemorates the Cork Jewish community, which originally settled in this area of the city having arrived as refugees.  The park contains lawn, seating, bedding and herbacious borders and a children's playground 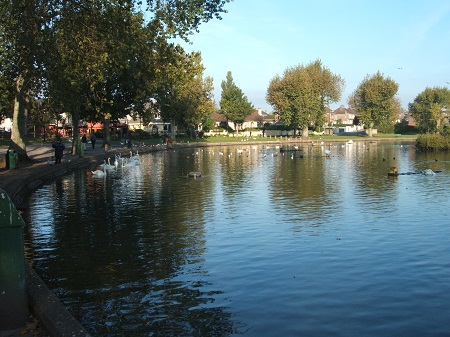 The Lough is one of Cork’s most striking natural features. Its presence as an amenity to the public is important in an area that has undergone immense urbanization during the last century. Cork Lough is a substantial lake measuring about 350m long by about 180m wide, fed by underground streams. It is situated in a topographical depression in the central park of the Cork valley . The Lough hosts a wide variety of wildlife.  It is an important habitat for a large bird population some of which are migratory.  Details of the birdlife are posted around the Lough to assist in identification. It is not permitted to feed bread to the birds as it is  harmful to their digestive systems and leads to deterioration in water quality for both fish and birds.

Please note that fishing at the Lough is currently prohibited due to an outbreak of carp edema virus (CEV). 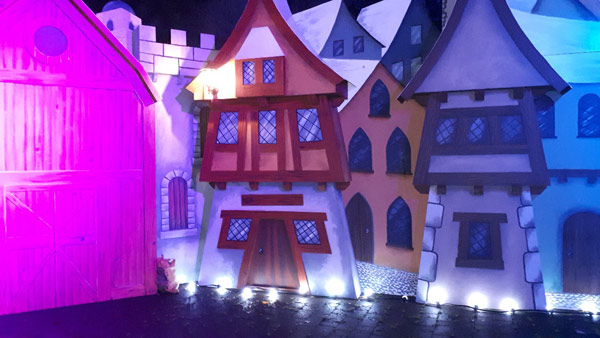 This very popular park is located in the City Centre on the Grand Parade, with entry from Tuckey Street and South Main Street as well. This park was opened in 1985 as part of the City’s 800th birthday celebrations.  Named after Cornelius Lucey, a Bishop and Freeman of Cork (1952-1980), it occupies a previously derelict site . The entrance Archway was reconstructed from the Cork Cornmarket, dating from 1850.  The park includes a sculptured fountain of eight bronze swans, representing the 800 years of the city since the Norman City Charter was granted in 1185 A.D (the original monastic settlement was founded earlier, in the 6th c. by St. Fin Barr). In the course of clearance and construction , archaeologists found portions of the early city walls exposed and preserved just inside the entrance.

Kennedy Park at Victoria Avenue is named after, former U.S. President John F. Kennedy who visited the Park on 28th June 1963. The park consists of 7.5 acres laid out in formal recreational areas and recently upgraded walkways. 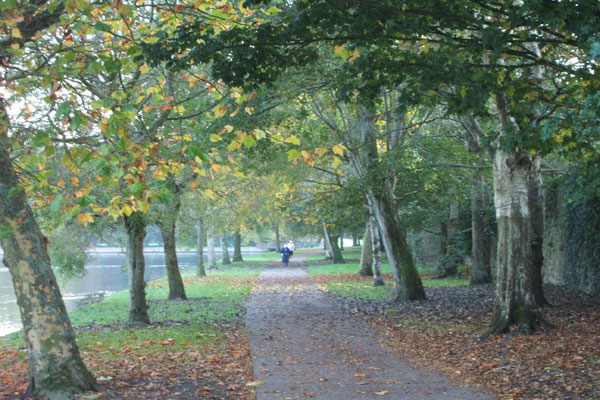 The walkway/cycle track extends along the Old Passage Railway line from The Marina at the northern end to Rochestown at the southern end . The distance from the Marina to the Rochestown bridge is 3 kilometers.A branch of the walk leaves the Railway Line near this bridge and veers eastward towards Lough Mahon skirting the Douglas River estuary for a further two kilometers, returning onto the Skehard Road near Ringmahon Point. There are fine views of the harbour from the coast walk, especially of picturesque Blackrock Castleharbour from the coast walk, especially of picturesque Blackrock Castle.

The Glen River Park is a natural river valley located at the Glen on the northern side of Cork City. The narrow, meandering Glen River flows through the valley which in the eastern end is relatively wide with gentle inclined slopes and in the western end is narrow with very steep slopes. The vegetation of the valley varies from gorse, heather, bracken to mixed deciduous trees to grass.  The wildness is a huge part of its charm and a valuable resource of natural heritage in the City.

A Parkrun takes place at 9.30 am every Saturday morning, for more details see www.parkrun.ie/glenriver/