Ronan Leonard speaks about This is Cork: MInecrafted

On the hundredth anniversary year of the Burning of Cork, a group of young people and parents have started reconstructing the city in popular open-world videogame Minecraft - before and after a turning point in the city’s history. 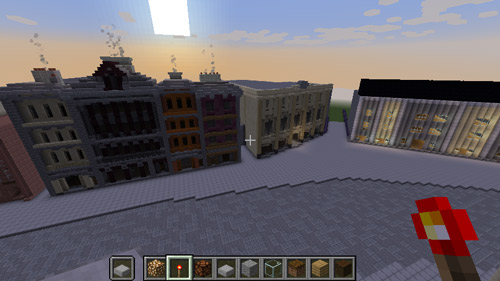 This Is Cork: Minecrafted comprises ten young participants, aged 7 to 12, as well as various adults, and between them, the team has put over 200 hours into a recreation of the city in 1920, working from old and recolourised photos and maps to recreate the buildings, paths and outdoor spaces of the city’s main thoroughfare.

Using the game’s Realms facility to create in a safe and private online space, the project has started with a scale replica of Patrick Street before the damage wrought by the Burning of Cork, with a second environment to be built that will portray the extent of the event’s devastating effects on the cityscape in real-time. 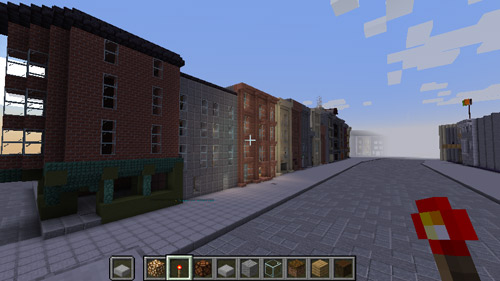 Interacting with the city’s past directly via the like of GeoHive has provided the team with a rare opportunity to consider their surroundings and the spaces and people that occupied them over the course of generations.

To gain further understanding of the history of Cork, the group spoke to historian Michael Lenihan, about the businesses based in the city centre in Cork in 1920 and the families that lived upstairs. The information about who was based there as businesses, who lived there and what became of the buildings and its people is presented in English and in Irish. 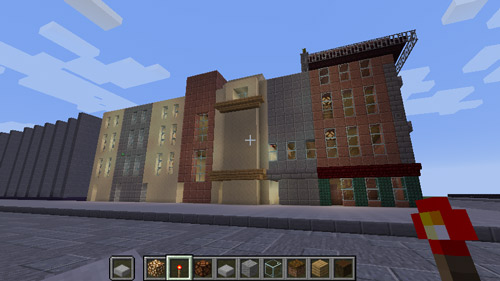 The trade-off between Minecraft and photo recreation software means that while it won't like 100% like the old buildings, This is Cork participants have been able to learn from their city's own history and build/express it themselves.